Look all around, there's nothin' but blue skies. #royals

The thing about sports is that I don't much follow them. In middle school and high school, I played in the C minus teams, and even then, I was likely on the bench.  I was the bottom of the bottom.  I'm not sure why they kept letting me on the team, except that maybe I was good at cheering.  In that way, I guess I was a valuable on some level?   So while many people out in the blogosphere know a lot more about what the World Series win means by strategy and statistics, I can only tell you what it means for a person who's grown up in this city while being terrible at most sporting endeavors, save cheering.

To understand the Royals win this year, you have to understand how bad we sucked for 29 years. Particularly, the last 10 years (with the exception of last year in which we were so close, but still lost).  The stadium was never full, the tickets were always cheap, and the hot dog races were pretty consistently won by the favorite, "ketchup".  But Kansas Citians and baseball players alike, kept showing up. Because while it may not look like much, at least we had each other. 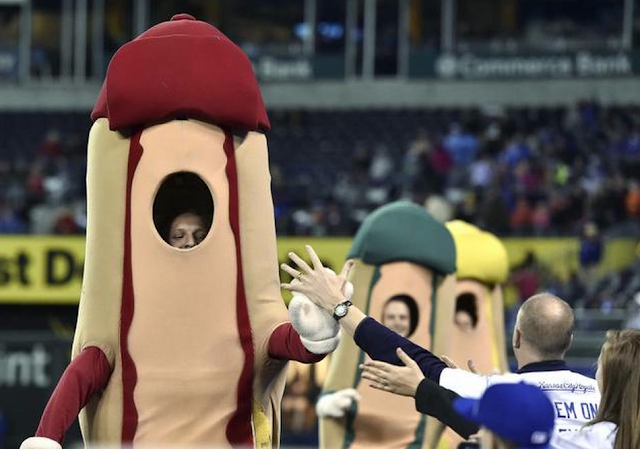 I grew up going to the baseball games with my Uncle, who's health is now failing. He had box seats right next to the glass covered media section. When it rained, I loved the methodical, almost militaryesque, nature of the tarp being placed on the field.  And now when I hear Johnny Nash's 1970's hit , I can see clearly now, the rain is gone… I'm an 11 year old at the stadium with my uncle in good health, and the media guys are handing my little brother the foul ball they just caught.  For a kid who grew up with nothing,  I always felt special going up to those seats, watching our team.  I had no idea what was going on in the game, but regardless of the endless rules and confusing numbers on the scoreboard,  I could read the crowd.   Everyone seemed to be enjoying themselves with the expectation that, likely, we would lose again.  But unlike crowd politics anywhere else, at the end of these games people would reassure each other with slaps on the back and a "Maybe next year!".

There's something about loss, the kind of loss that happens consistently over a long period of time, to rip entitlement right out of the soul.  This has been the Kansas City we've lived in for 29 years.  We have learned to love our players regardless of performance and to celebrate their strengths amidst weakness. We've learned to show up when we know it's likely not going to be a win. We've learned to keep hoping amidst loss, and keep saying, this isn't the end of us.

You could see that plainly as Volquez pitched these last couple of games with the weight of losing his father all over that jersey.  He went to the funeral and came back to pitch one of the biggest games of his life. Maybe he pitched for his dad, maybe for the City, maybe for everyone who understands loss in one area doesn't have to keep us from a win somewhere else .  Kansas City rooted for Volquez because we understand what it means to lose. 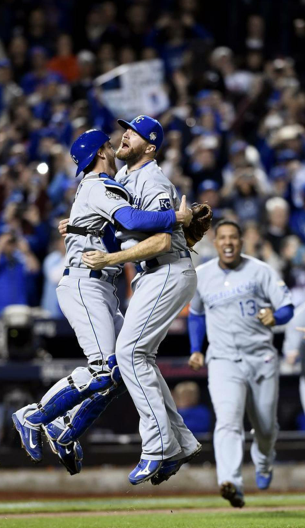 
And I think that's the best way to describe the Royals this year. We have all been feeling this thing of losses and wins and skinny years together as a team.  We didn't expect to take the crown, but, dammit, we got it!  The whole city put differences of politics, race, religion, and opinions to the side and rallied around our Boys in Blue.   And as Ibeanez said last night, "The best player on the team is the team."  Or as I would dare say,  MVP goes to Kansas City.