The Theory of Everything. Indeed.

I know i'm late to the game on this one. The Theory of Everything was up for many awards last year and, as you might recall, Eddie Redmayne won the Academy Award for Best Actor.  Rightly so, I was moved to tears several times by his portrayal of Steven Hawking.

If you haven't seen the movie, please go watch it and then come back to this. Because I'm going to spoil it as I talk through some of the themes which I found disturbing.  Not in a gory sense. In a soul-punching sense, I guess.

The movie is portrayed through the lens of his wife Jane, who would painstakingly believe in her husband through much of the film--truly against the odds-- and care for him as his diseased progressed. They had children throughout, which felt redeeming in the midst of disease. I found it painfully beautiful, if I can simplify it greatly. To see one human care for another human through a disease is, perhaps to see the face of God. To see children come out of hardship felt like good gifts from a good Father. And I liked this part in an odd sense. I think it's what we all wish for, to have the marriage that can withstand those kinds of hits. 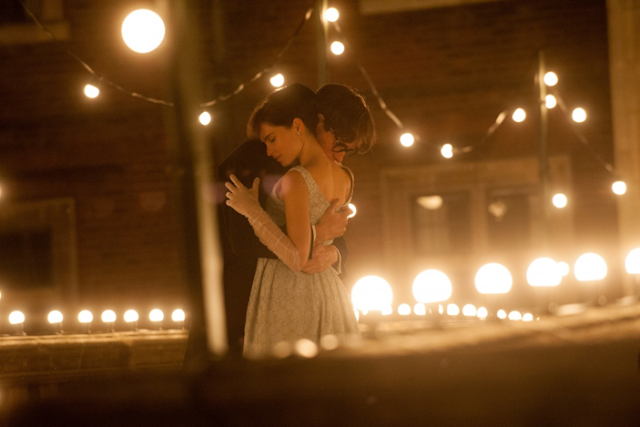 But then it turned into a place I didn't see coming.

As Jane becomes tired from caring for her husband (and of course she becomes tired beyond exhaustion), she finds relief in another man who helps her with the daily care of Steven and the 3 children. They have an affair.
I hate that it was a part of the story, because it's part of my story, but mostly because everyone is thinking, Well of course she had an affair… I mean, who wouldn't in that situation.
I found myself thinking it and cringed. When is having an affair ever ok?

It didn't satisfy her.  And it didn't satisfy the audience either. We all knew it promised freedom and brought shackles of guilt as Steven becomes ill and goes into a coma.  He went into the hospital that night and she went into another man's tent, quite literally, at a campout. It was brutal. We all wanted her by Steven's side. We all wanted it to be a forever love like it seemed at the beginning when she saw the disease and still chose him.

Even when she ends her affair and comes back to Steven, everything is tainted. I got the sense that Steven always knew of her affections to the other man, and said nothing. Because perhaps he thought the same thing as everyone watching, she deserves to be happy now after all this.  Then, in a twist of events, Steven and his new caregiver fall in love over the span of time and eventually, he and Jane, that marriage that had been through so much, ends. Quite abruptly. 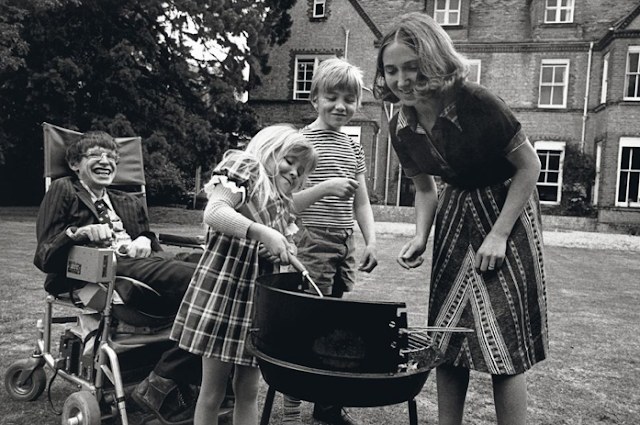 And it's just not how things are. Like Jane, I tend to put my hope in a man, in the children we've made, and sometimes in an institution, like marriage.  It is sinking sand.  There is no guarantee that even with much self sacrifice, I get a free pass to a good marriage that goes on until we are released by death.
There's only one place where my hopes will not be disappointed-- and that is in the person of Christ. God, I know these words.  But the light of this movie shined somewhere in a dark corner of my heart involving hope placed somewhere it should not be.

At the end of the movie, Steven Hawking never makes peace with God, unfortunately. Although he is looking for it throughout the movie, at the end, he gives some sort of feel good answer about the universe and never giving up-- as if he made it past his 2 years to live death sentence on his own accord.  He was searching for one simple equation to explain the universe, The theory of Everything. And although it is presented several times plainly throughout the movie, He rejects the idea that God is the great Answer.  He would rather search, than see. And so he keeps searching, in the form of women, or formula's, or accolades, or ideas, or his children.


It was utterly depressing.
And Exposing, more so.  I don't know what else to say, but I have thought about it all morning.  For the bright light shined in my heart,  I am thankful. So no, I don't have a tidy bow for this post. Only that we might all ask God to expose the places in our hearts where we are looking for salvation outside of Him. And that we might repent and turn away so that we are spared ultimate disappointment in the form never knowing that Christ is the answer to our deepest question and deepest disease.

Email ThisBlogThis!Share to TwitterShare to FacebookShare to Pinterest
Labels: marriage