every year, i theme up our pictures like the nerd mom i am. this year, as an ode to the city from which we moved, i decided we should be hipsters.
we will begin by documenting the one hour ever in his life that Pruett decided to NOT smile. i almost spanked him for that but then i looked at his fatness and decided he will probably never in his years see the back end of a paddle. also, old man cardigans for president. 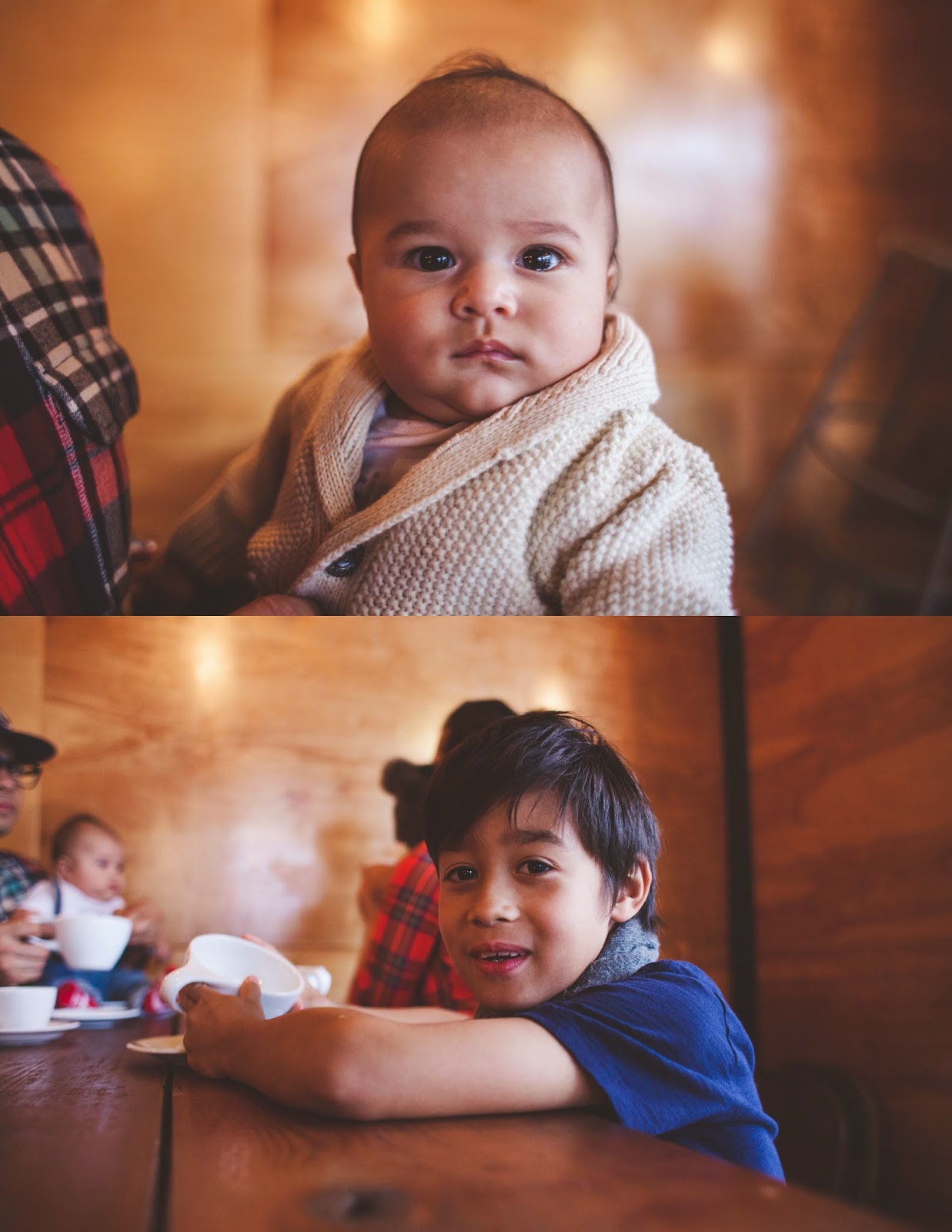 here is my teenager son, layne. wait, he's 8. but he just looks so old. he let me make him wear an itchy scarf indoors (hipsters are ALWAYS wearing scarfs inside) and for that, i told him i would overlook one future sneaking out when he's 16. 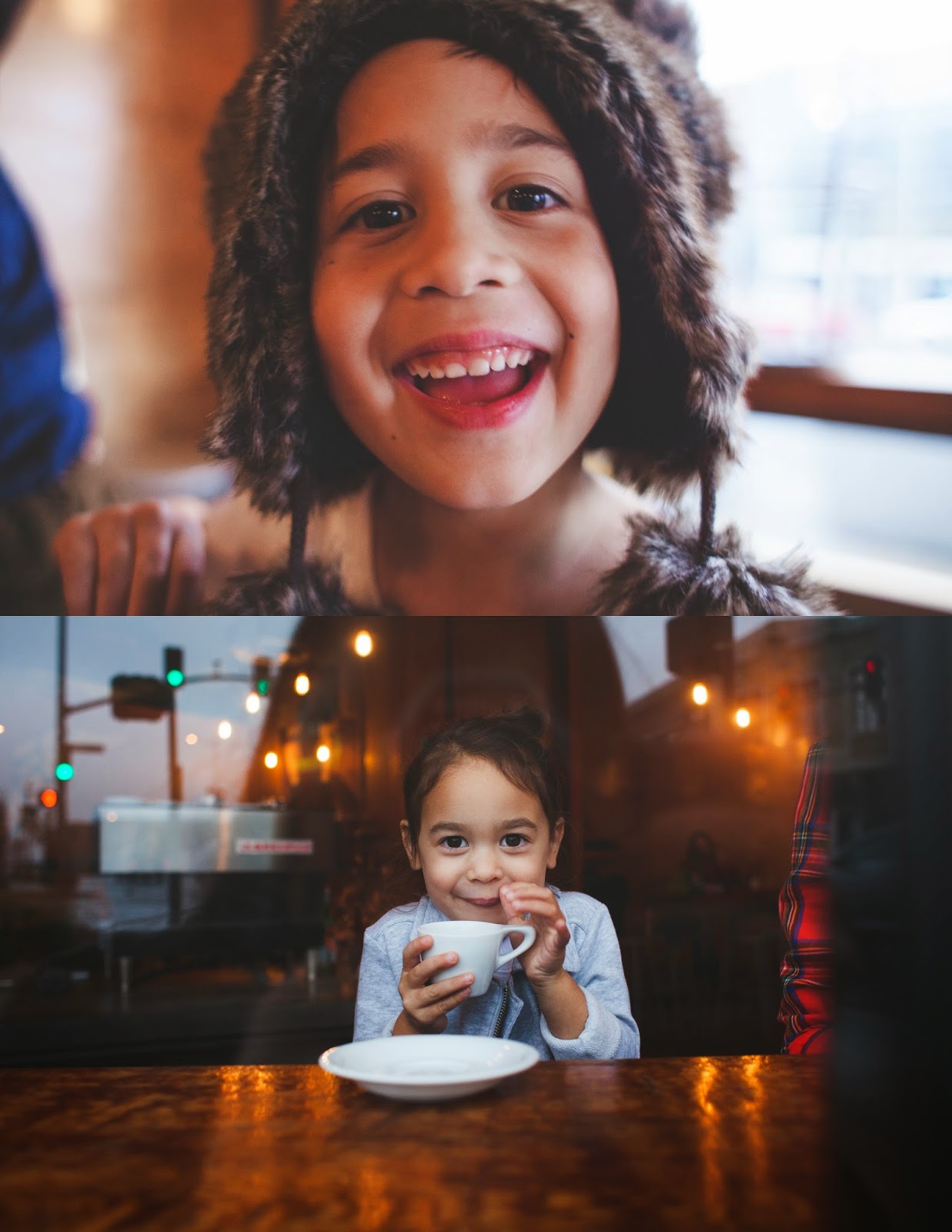 lila wore a fur hat because. i don't know. it just seemed right/she cut her hair and it's growing out awful. and penelope is just a cute little mouse and that goes with any style. i love giving her tiny cappuccinos (pronounced, kap-uh-keen-ohs) to make sure she is ready for the day of making my life a living hell with her current addiction to tantrums. don't tell anyone i said that. 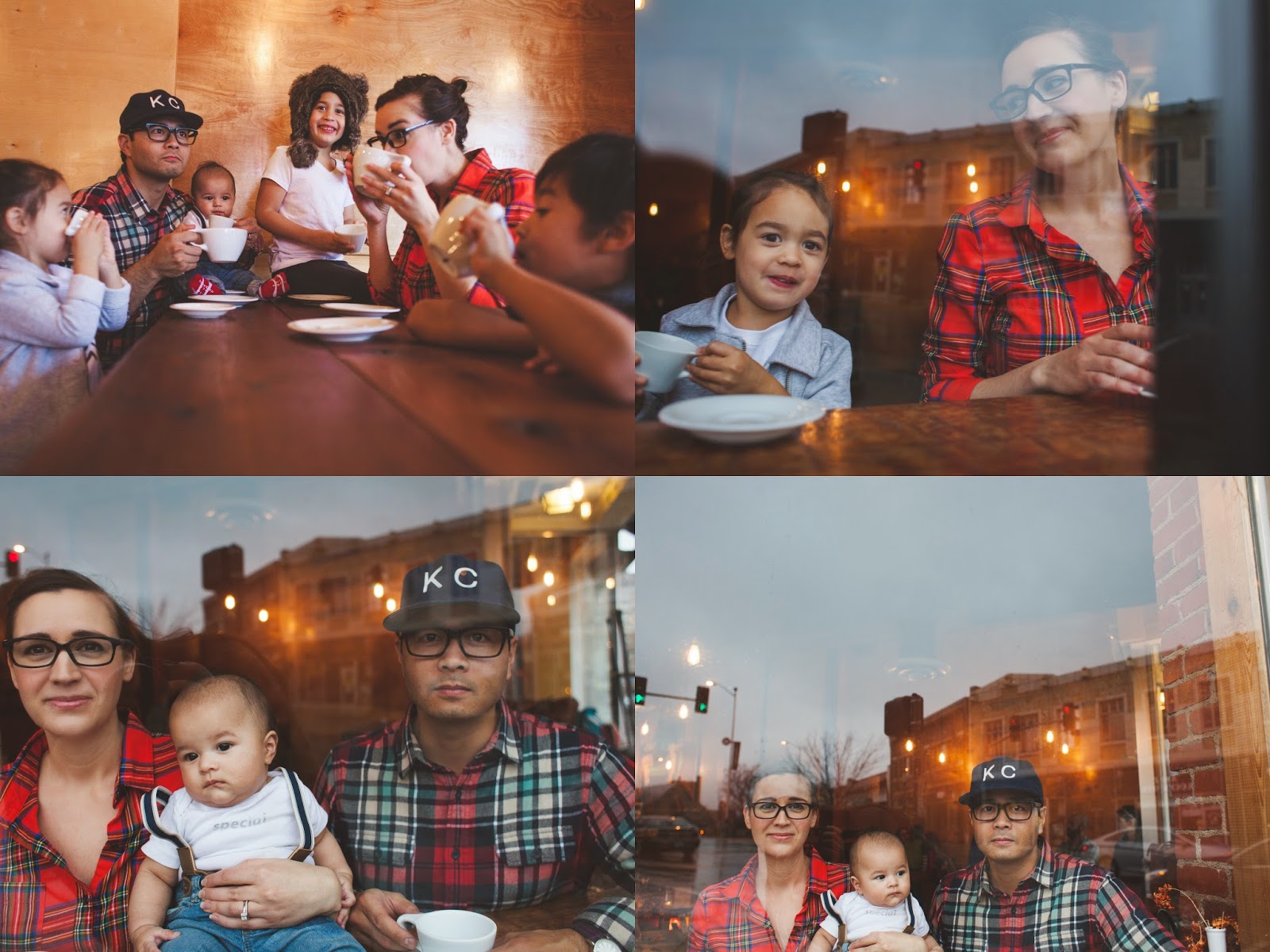 here we all are enjoying our coffee together with mostly not-super-happy-faces. which honestly, is so hipster. a touch emo...but in all the right ways. and then plaid. if you're not wearing plaid, GET.OUT. OF. THIS. COFFEE. SHOP.  i don't wear glasses, but then again, most hipsters don't either. they've all had lasik surgery, but they saw a cute pair of frames at madewell. and...end of story. 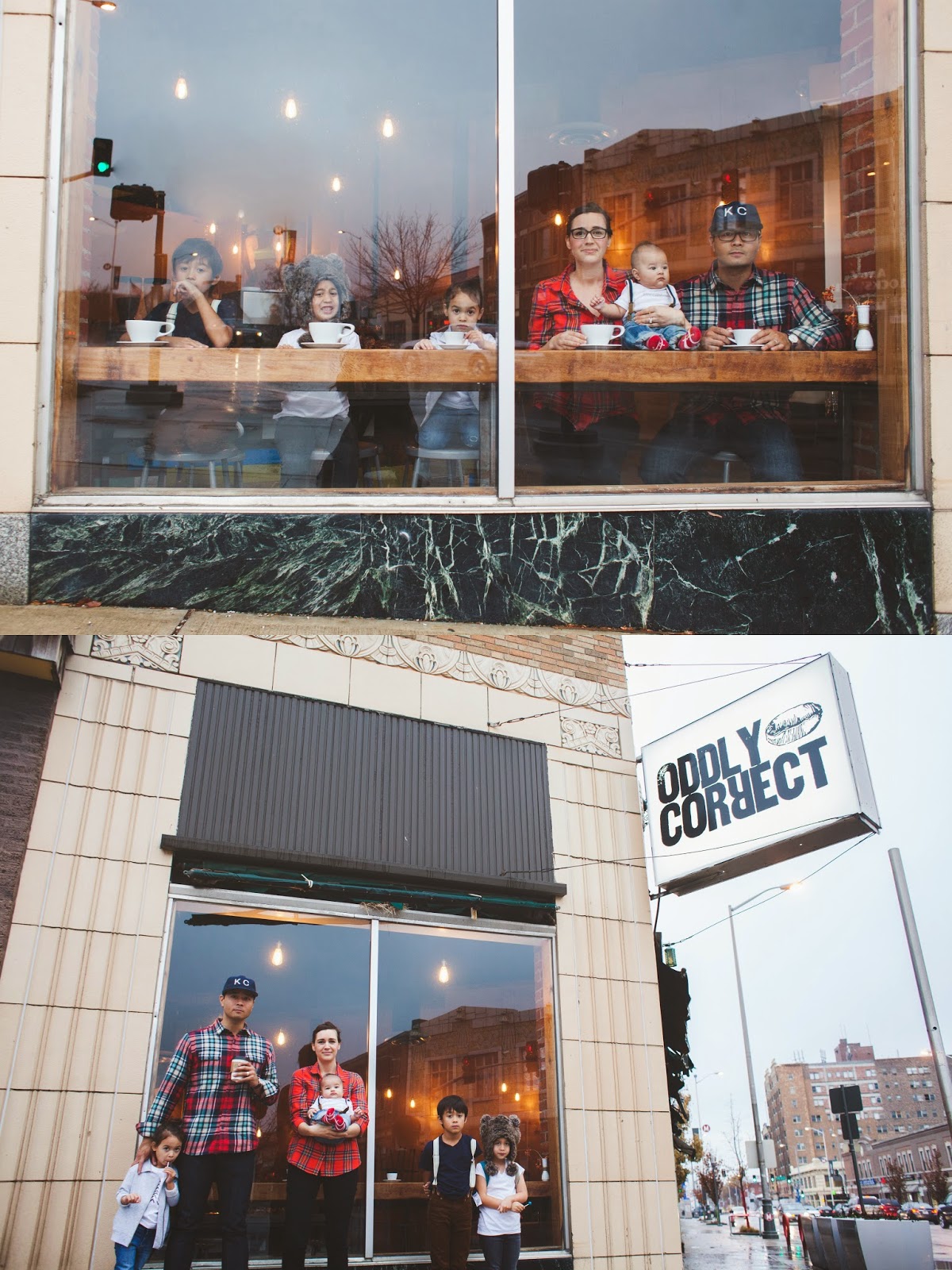 have you been to oddly correct in kansas city? well, then get outta m'face. you would love it. the people  and the atmosphere are fantastic. not to mention the coffee is from the Lord. so i hear-- from everyone who has a mouth. i don't drink coffee but i admire those that do. 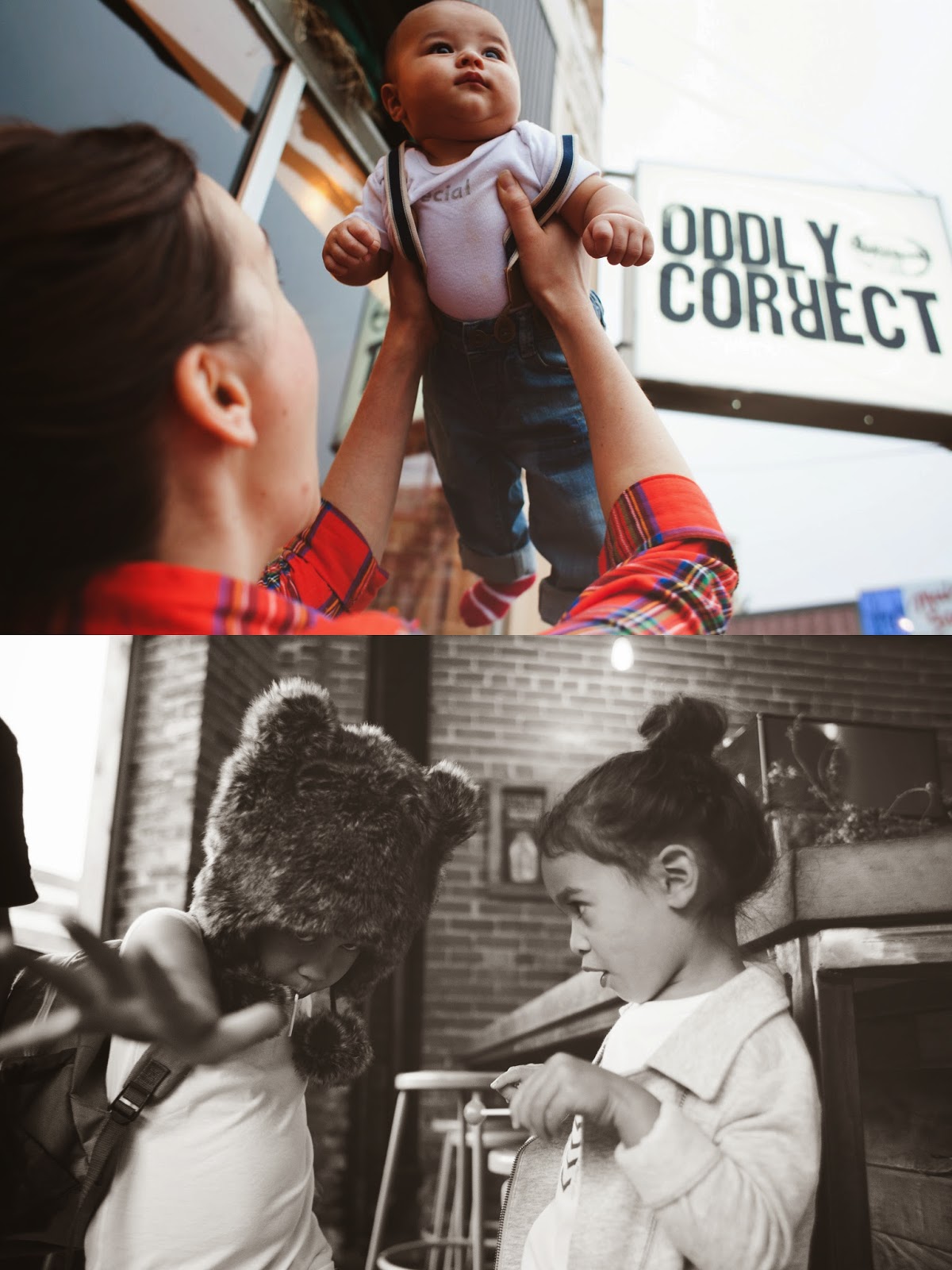 this last picture just makes me laugh. sucker bribes(what? i do not bribe my kids with candy!) and lila doing a super hero pose. "mah. look. i supuh lady."
thanks audrey at BAKERBAKERphoto for capturing this goodness. 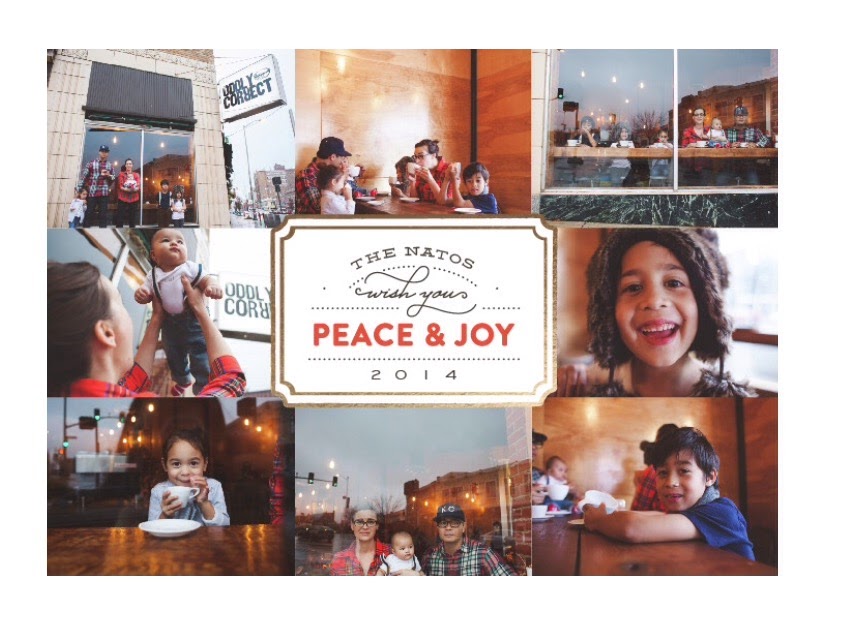 as much as this year has kicked my ass, it has also been very rich. somehow as december drags on, and i think i can't do one more day because i'm afraid of the sadness that it will bring, i remember that God came down down in all the grief and promises to make everything new and right and just as it should be. for that, i am able to look through the misty eyes that freeze in the bitter,biting wind and say, He has not forsaken me.
on that super emo thought, i do hope for peace and joy for you and your families. merry christmas!

Email ThisBlogThis!Share to TwitterShare to FacebookShare to Pinterest
Labels: christmas, this is me