when i met josephine years ago, we just clicked. she's surprisingly sassy at the most unexpected times and it amused me quite a bit. but because i'm a hermit, we didn't hang out all that much. it wasn't until i got sick and she brought over her famous and amazing tomato soup, that we became much closer.  food is funny like that, the way it invites people into life. so now, every couple of months, i come over to her house and she teaches me (and by proxy all of you), how to cook. through that, we understand each other better. we appreciate each other more. we laugh and tell stories. you think, it's just cooking, but it's not. it's friendship too. it's confidence in a culture that is foreign. it's finding a place. it's hospitality.
i've watched it change josephine this year. she's more confident in her talents, taking risks, and welcoming challenges. it's been incredible to watch and am so proud to call her my dear friend.

i thought that you all should know josephine better too. so i asked her if i could interview her about her culture and chinese new year and document a recipe that reminds her of growing up. because, surprise! tomorrow is chinese new year! 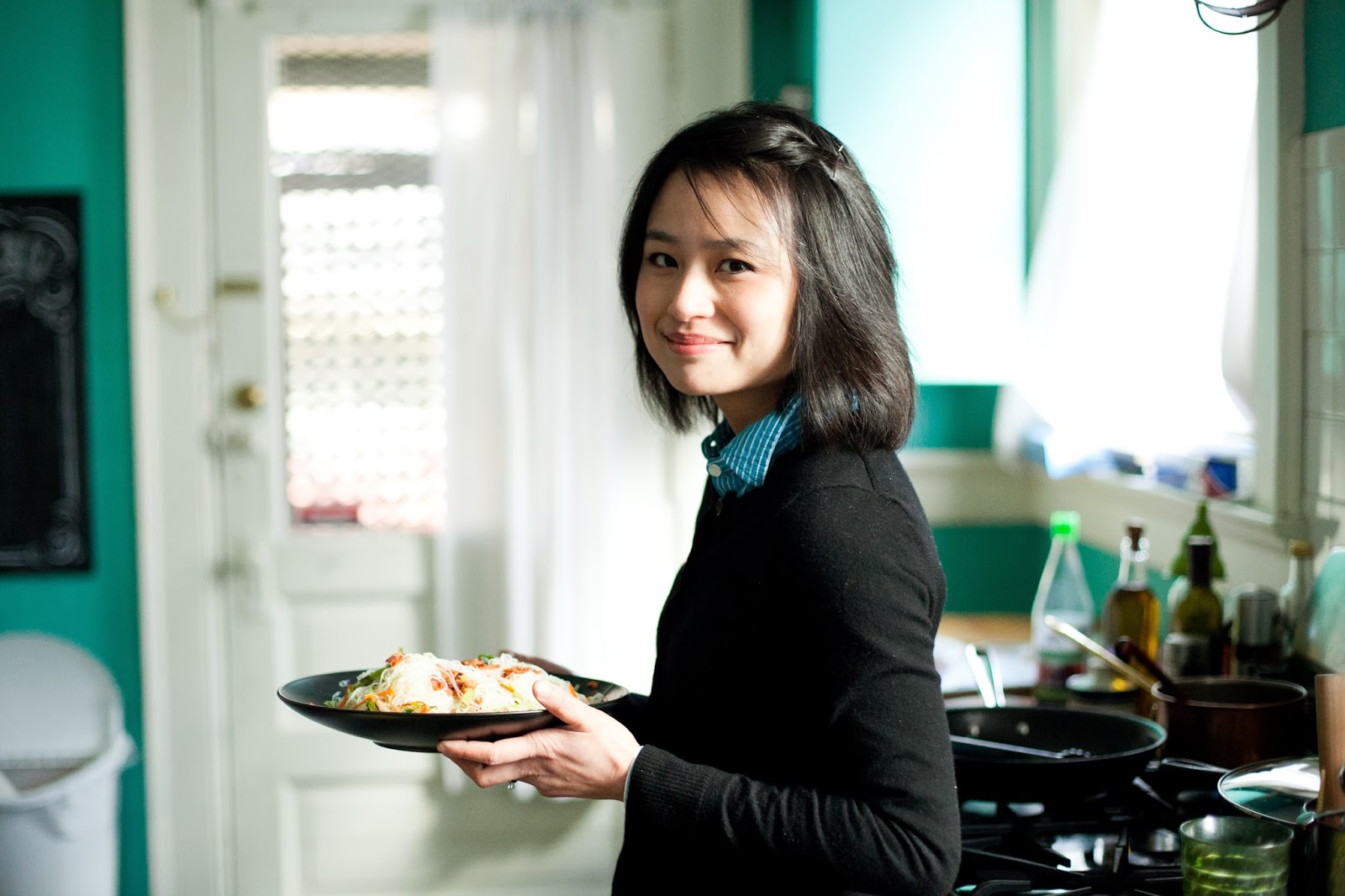 perhaps it will help your worldview get just a tiny bit bigger too. i sometimes think americans are so inward.  we think, what's the point in knowing about other places? because God made them! uniquely made them with strengths and weaknesses and ways of doing things that are strange and amazing. because we are all his children. it's good to remind each other to think beyond ourselves and our country.

and there are also ideas at the end of the interview on how you can help your kids learn more about the chinese culture and expand their worldview too. 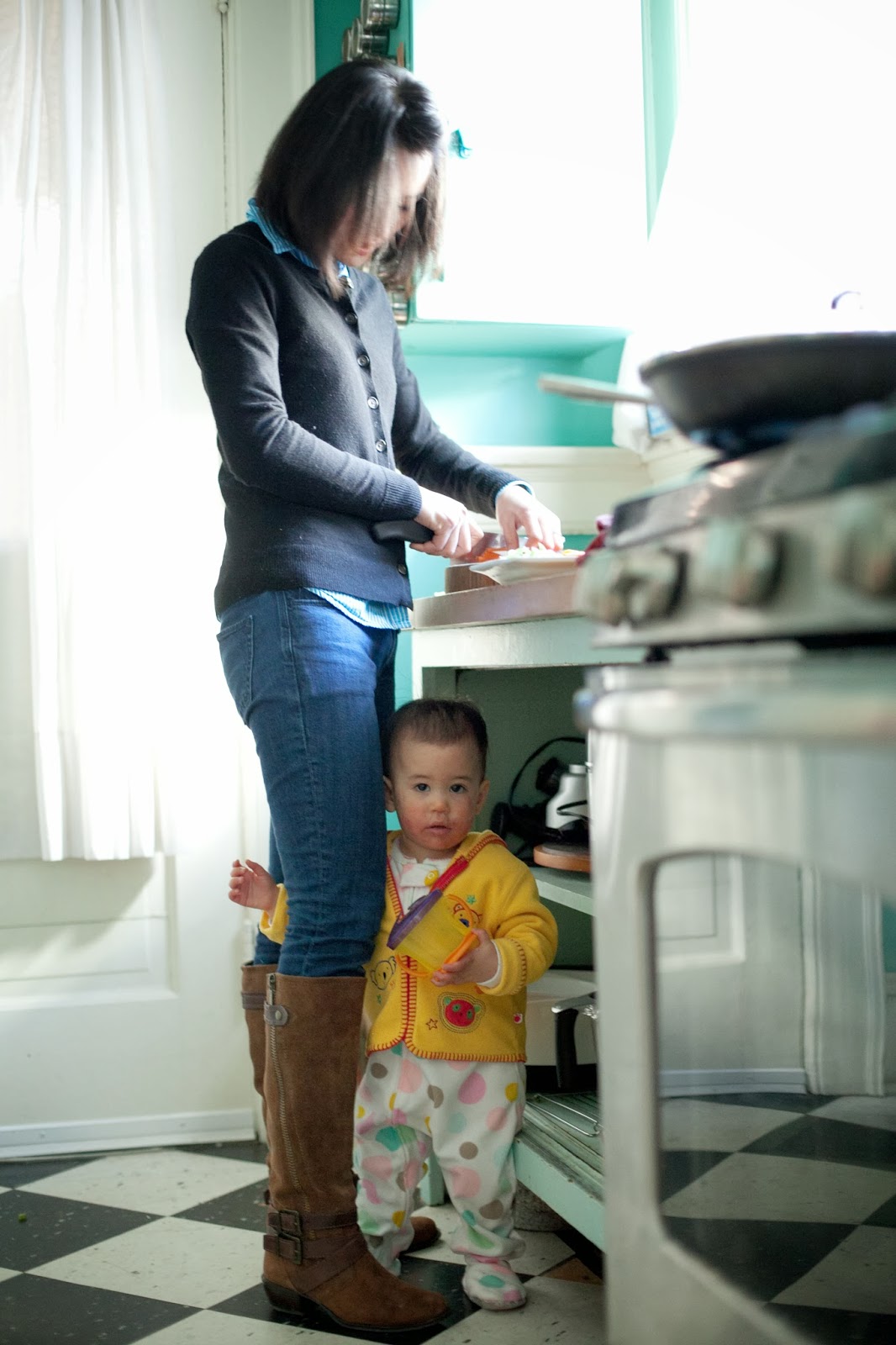 (as if she has no distractions while cooking!)


what's the chinese new year all about?
it's typically a giant celebration about reflection and then welcoming more/better/new prosperity into the new year. it usually involves finances and superstition. it's also about relationships...making things right with people, keeping up on relationships. and lots of food. lots and lots of food!


so how did you grow up celebrating Chinese new year?
On New Year's Eve, everybody would bathe for cleansing purposes and dress in their brand new outfits for the sake of having a new beginning. Then we would eat a big meal with immediate family members...There would be probably 3 generations together. Everyone comes back into town, sort of like american's Christmas or Thanksgiving.  After dinner, the adults would give gifts to the young ones. And the gift is the same every year,  money in red envelopes. Those envelopes had all kinds of festive images printed on them, typically the 12 animals of the Chinese zodiac. I thought it was the best gift ever because I finally got some allowance and could buy whatever I wanted with it. One of the treats I always bought myself was an ice cream cone! Unlike most American children, things like ice cream was pretty rare for Chinese kids to get in my generation. Lastly, we would stay up till past midnight
and have fire works to scare the bad spirits away and "welcome" the new year and good luck. 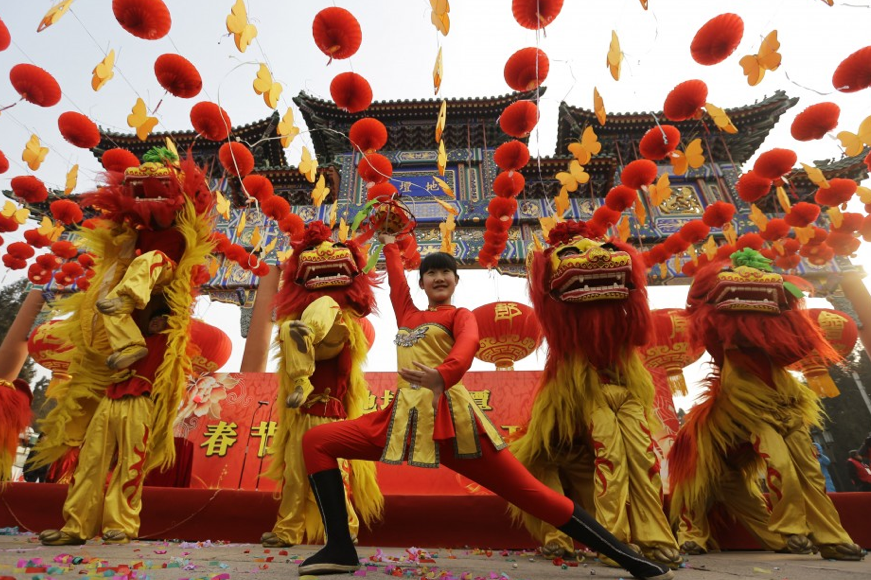 (this is not jospehine. LOL)

is it equivalent to christmas here? it sounds like such a big holiday!
yes, it's the biggest chinese celebration. christmas to us is like halloween to you. it's a fun holiday but doesn't hold much weight typically, since our culture doesn't stem from christianity.

Now that you're an adult how do you celebrate? Has this changed since you became a believer?
Even though I don't live in my homeland any more, my family still celebrates Chinese New Year every year. I honestly would like to pass down some of the Chinese traditions because that is what made me who I am. I obviously don't practice anything superstitious any more,  but cooking a traditional feast is definitely one of the things that I will keep on doing for many years. I want my children and grandchildren to be proud of the Chinese heritage they were given.

aside from fireworks, are there American New Year traditions that remind you of Chinese New Year traditions?
Yes, gathering around the table as families and friends with lots of toasting!
It's a time of reflection of the year and looking forward to the new year. A lot like what american's do for the new year, except maybe with more superstitions on how to have a better year.

I love learning about your culture! I feel like my worldview is so small, so it's been fun to get to know you these past years. Do you think there are common misconceptions about Asians living in America? What do you wish Americans more more sensitive to regarding Asian culture?
First of all, not all Asian cultures are the same. They can be drastically different. For instance, Chinese and Filipinos are very different (Haha!).  I think most American's have an "us and them" mentality, but The USA really is a melting pot. The fact that you can find all cultures and ethnicities in this land is amazingly unique...something a lot of american's wouldn't know because they just grew up here. but it's unique.

I think American's should embrace this fact more graciously. The immigrants in the USA generally love sharing their stories, cultures, and food... it's nice to have someone take interest in your life, considering you're so far away from "home".  Moreover, as a believer, I think we should even embrace the gift of the global nature of our faith. This is shown best with hospitality and reaching out to learn about the folks that are different than you are. Once you do this, you will find your world view just got a little bigger.

if you're looking to help widen your child's worldview by incorporating some chinese new year traditions, here are some ideas for a gospel centered approach:

for reflection: typically, the chinese use the new year as a time to reflect on and renew ties with family members and even friends that maybe got lost in the busyness of life or perhaps even by disagreements. go around and take stock of friendships that need more care this year or perhaps reconciliation. pray for those relationships that need mending. 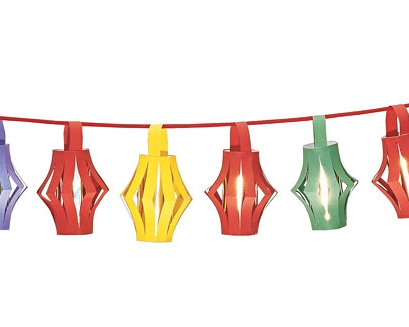 and now back to Jo!  here's a recipe for her mother's
Chao Mi Fen (Fried Rice Noodles)
printable version here

Chinese New Year is the time of the year for some comfort food gluttony... The meal is literally a feast. Even in the most rural areas of the country, you still can find the abundance of meats- pork, chicken, duck, goose, and fish. Due to the shear volume of meat, we go light on the side dishes. And you won't see much rice around since we have that most days of the year. Growing up, my mom made this side dish, chao mi fen (fried rice vermicelli), for our Chinese New Year feast every single year.  It is simple, light, and yet tasty. Let me unpack a couple of the traditional and key ingredients for you- 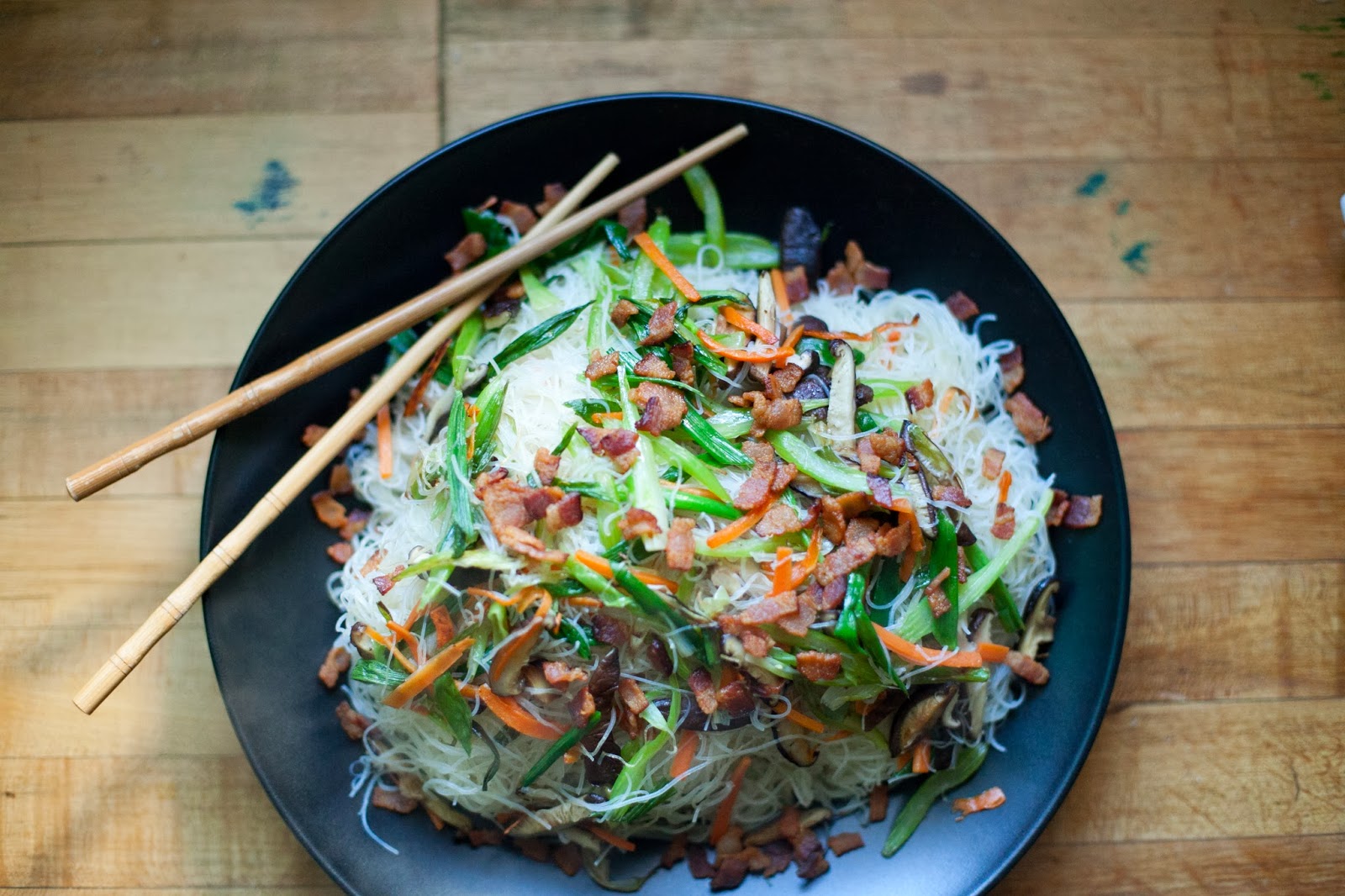 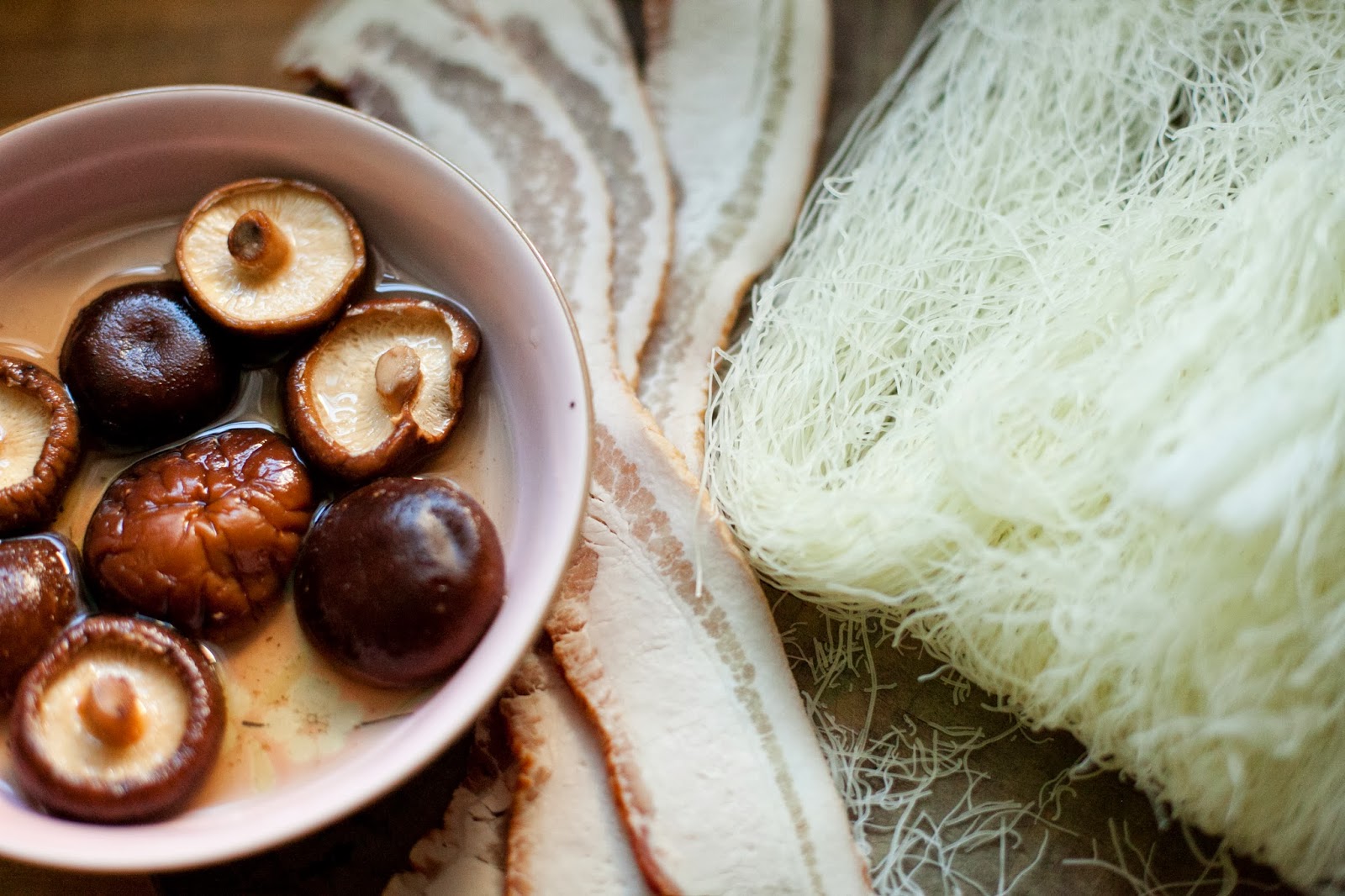 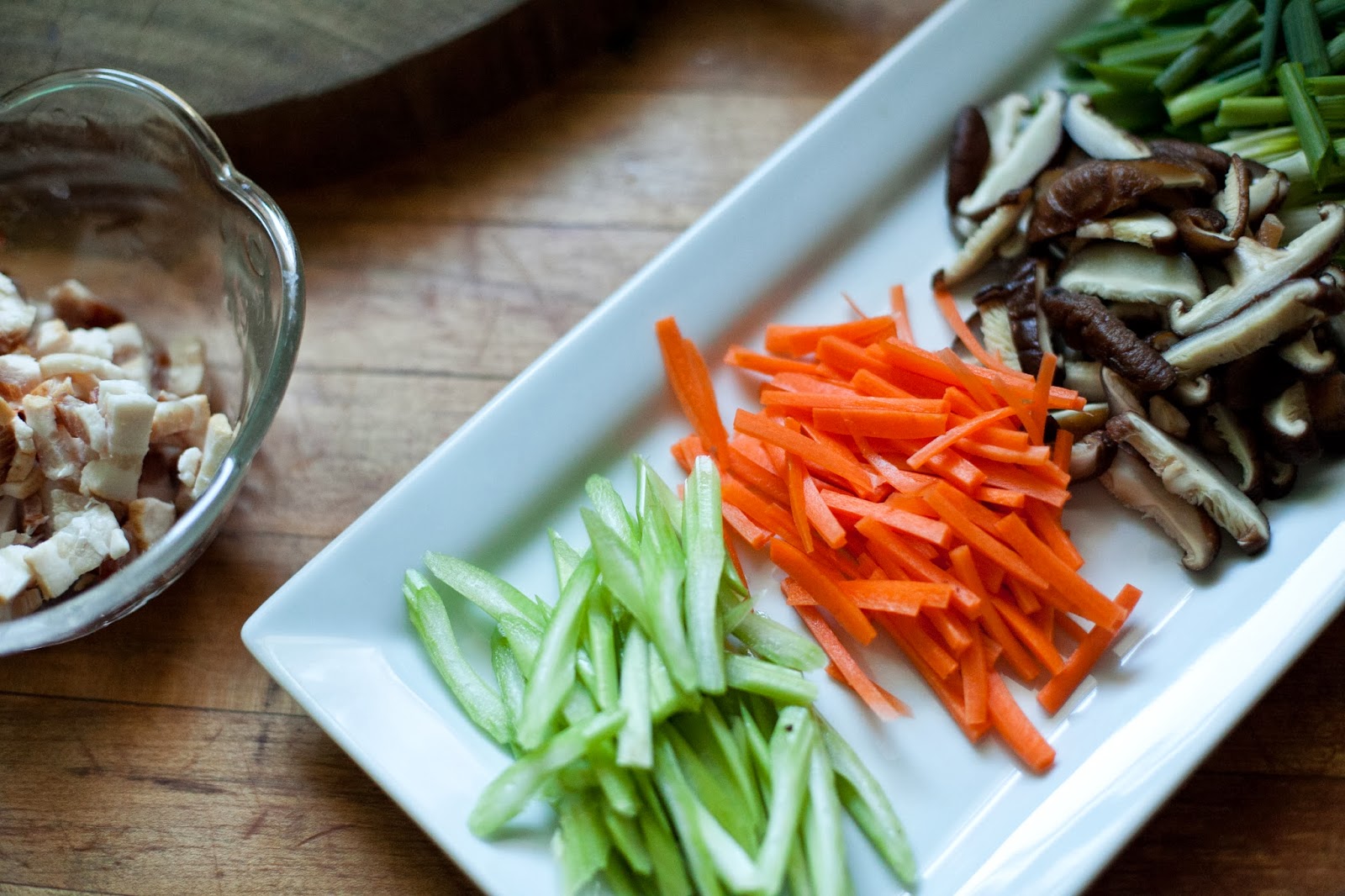 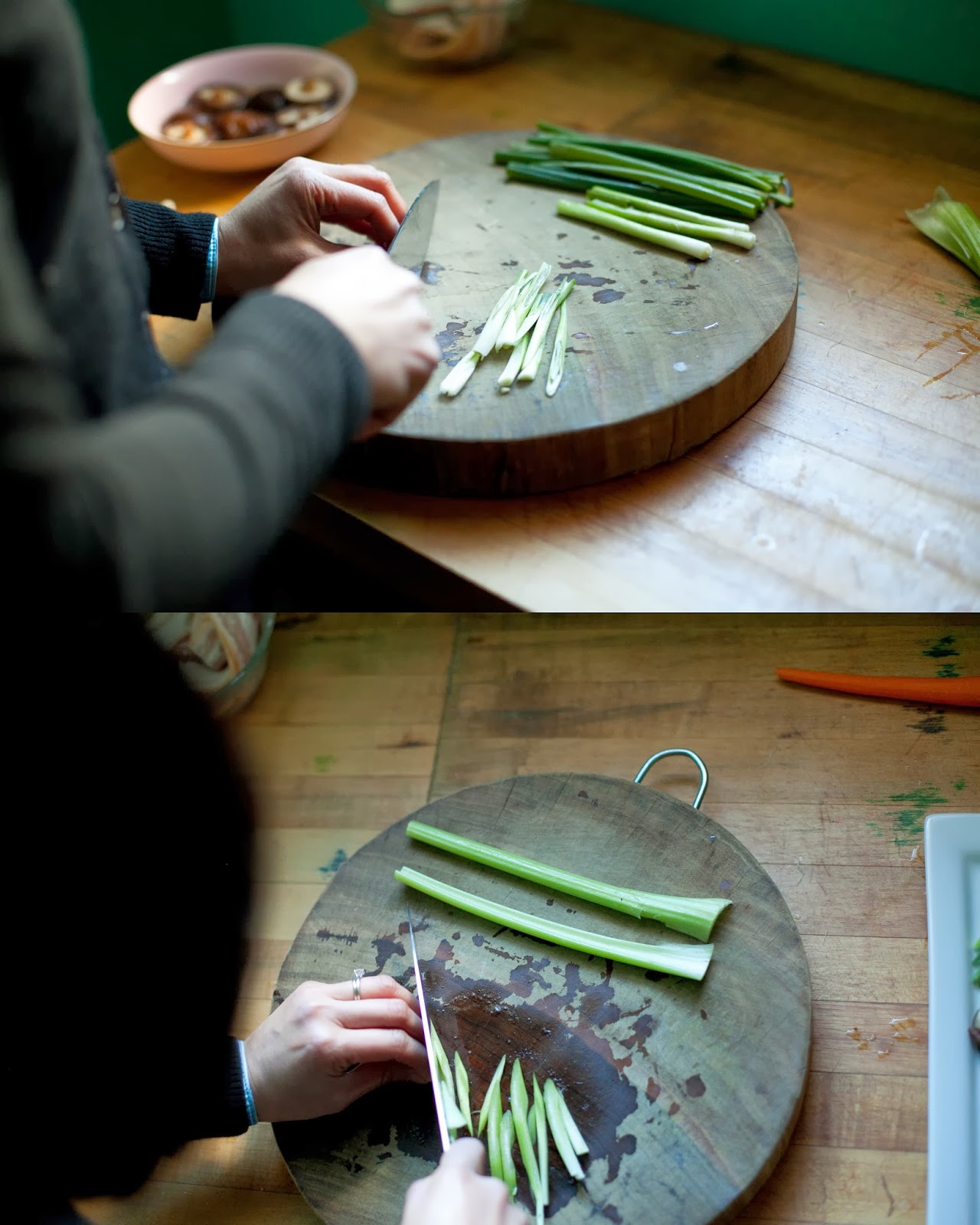 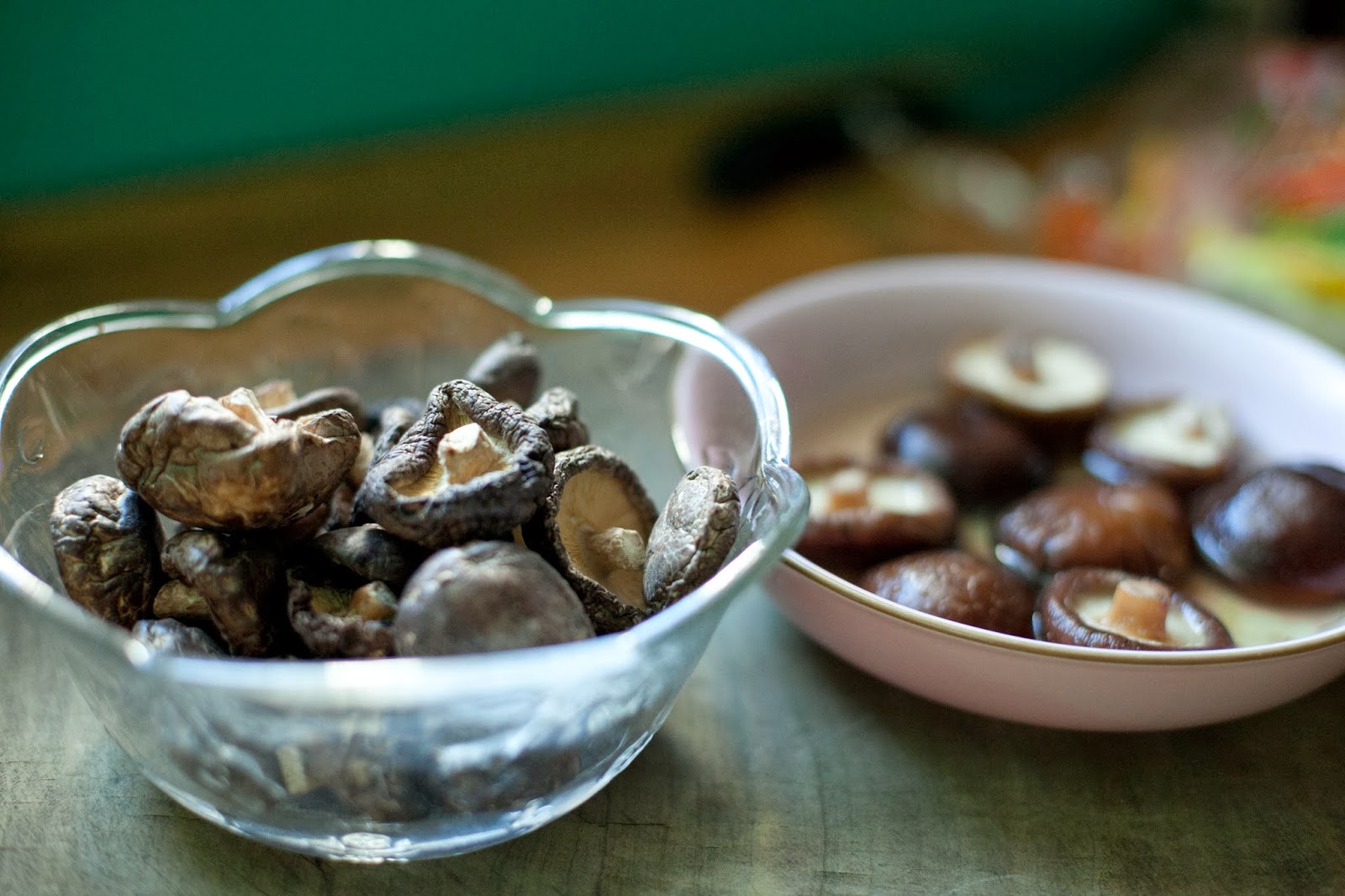 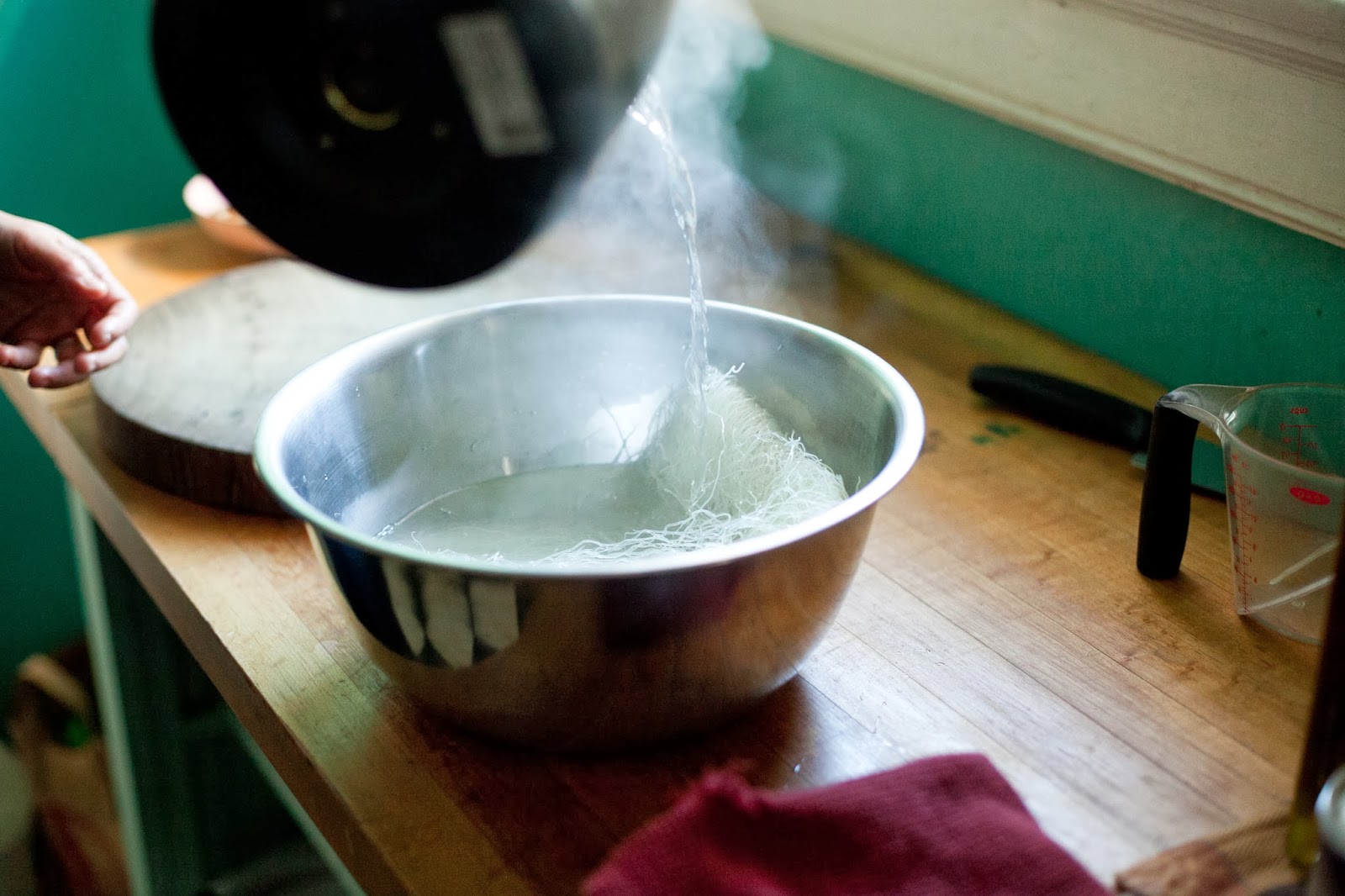 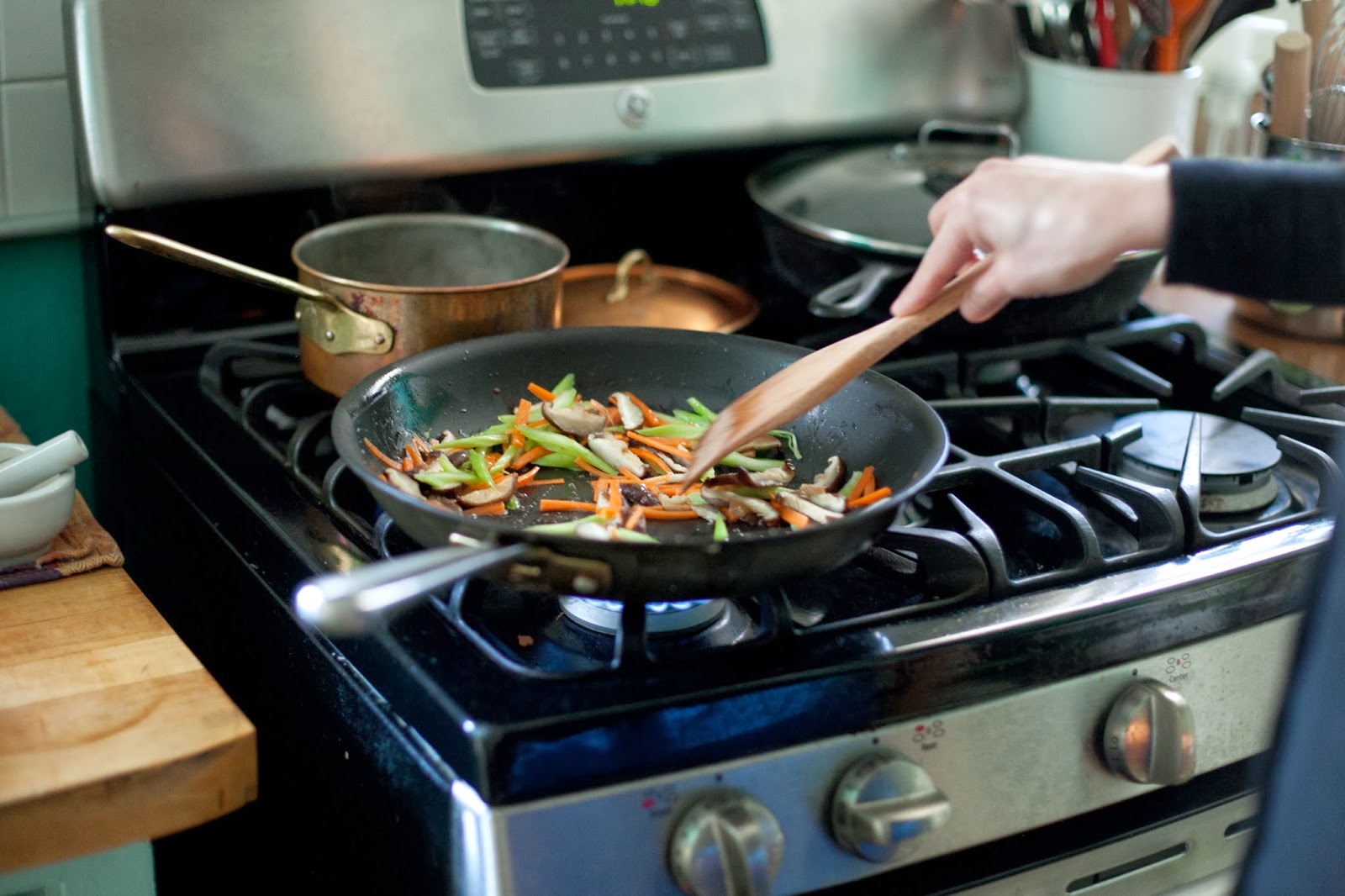 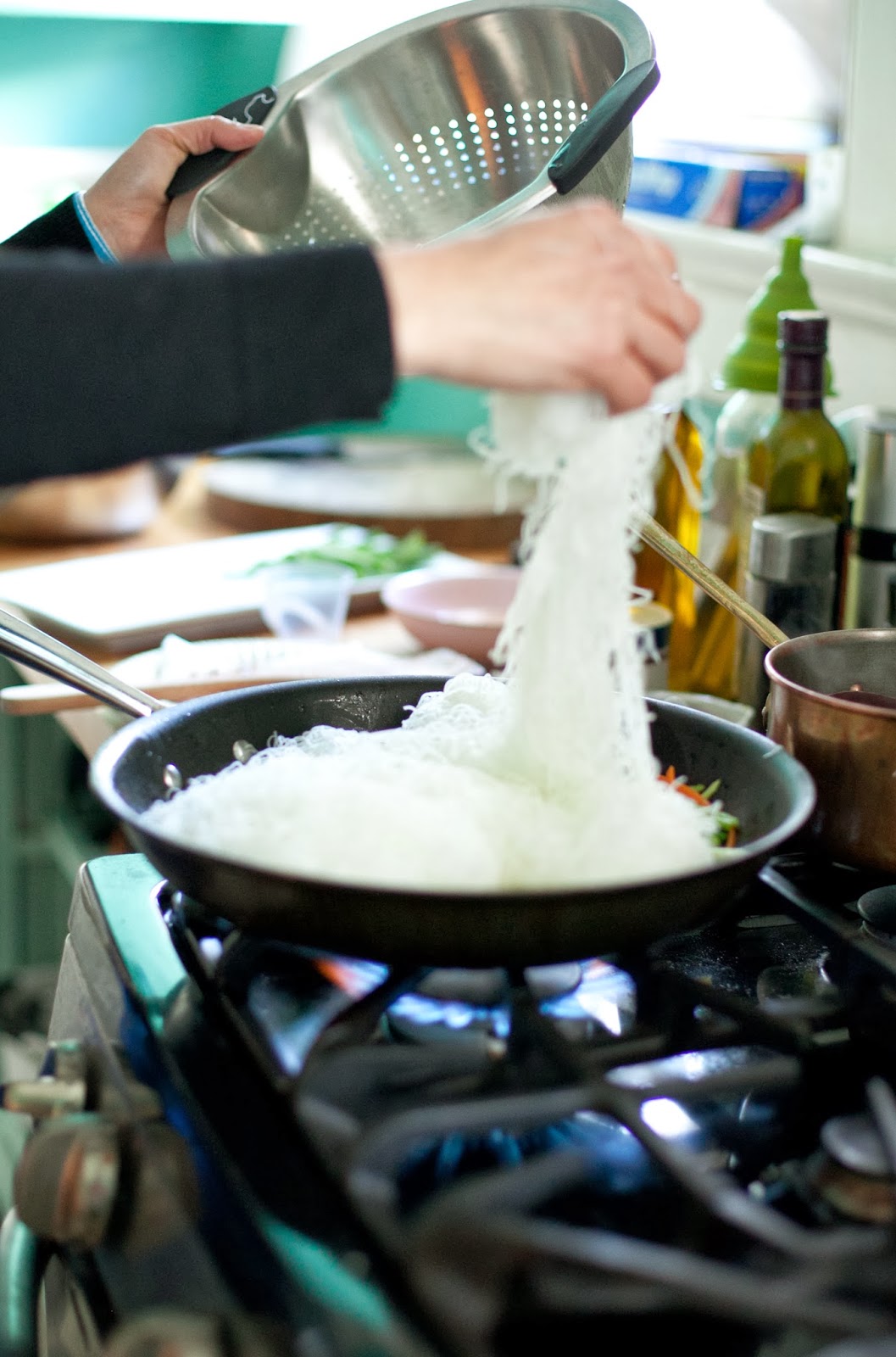 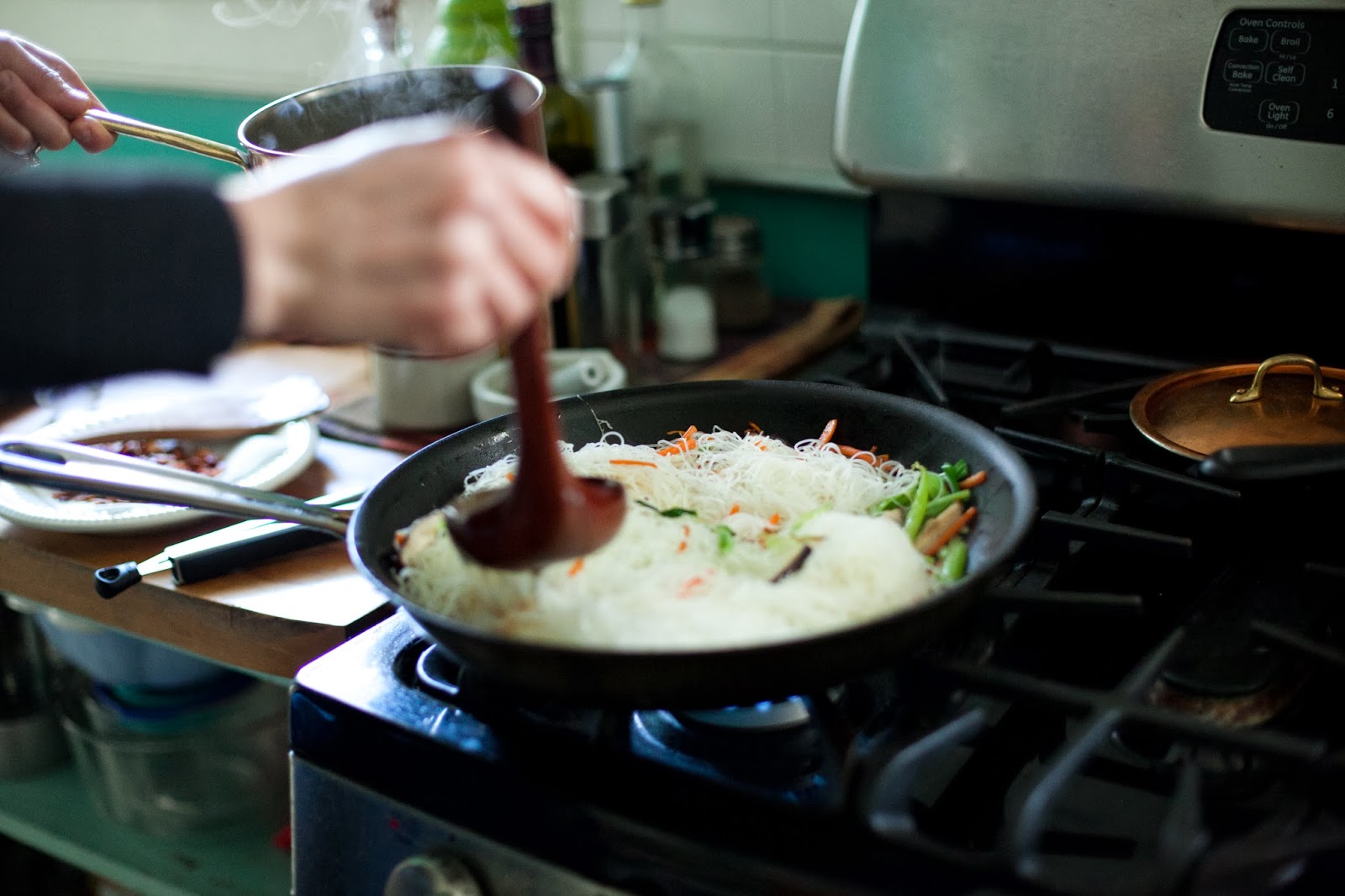 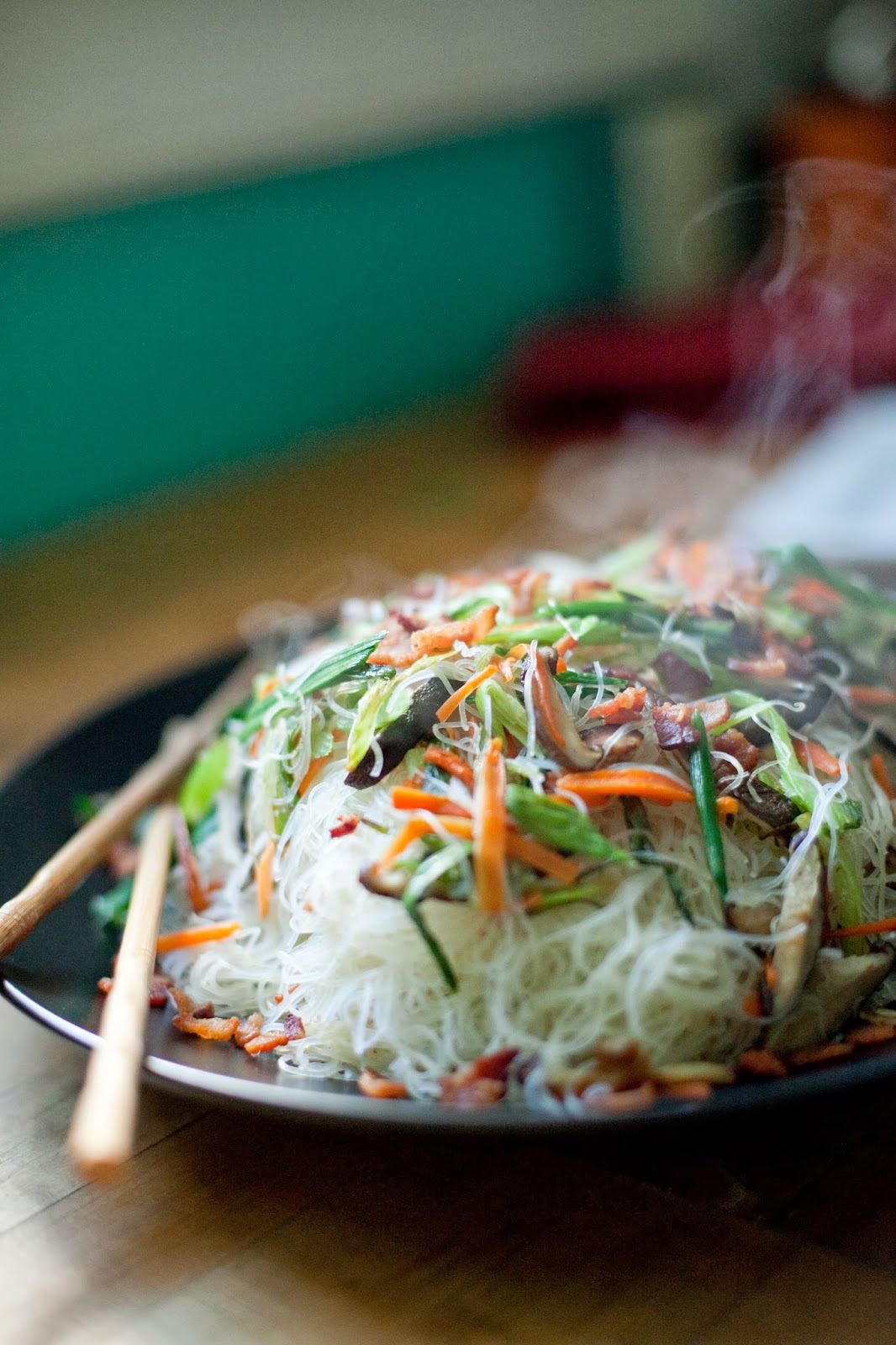