guys. it's hard to blog when you're sick.
it's hard to write when all you do is eat...like, put the burrito down or write something? gosh i'm torn, but i guess i'll have another burrito.

burritos for president!
gluten for VP! 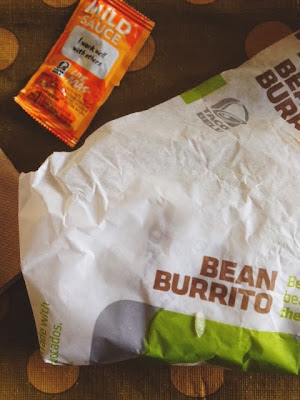 i wish i could say i was strong enough to continue gluten free through this pregnancy, but the hormones won. or should i say, a box of wheat thins won while i was grocery shopping last week.

sure, a few crackers fell out of my mouth because i was trying to see how many thin little treasures from heaven i could fit in my mouth WHILE pushing a cart. it's not as easy as it sounds.

it's as gratifying as it sounds, but not as glamorous as you'd think. when you don't even look pregnant yet, you'll get some stares. but don't let that stop you. no, persevere!
to the drink isle. grab yourself a starbuck's refresher, pop the top, and let the good times roll.

when i went to the doctor that week before, i had already gained 4 lbs and i was only at 8 weeks. this is an accomplishment worthy of praise/judgement. but it happens every time. i don't want to gain 40 lbs, but i do. it's not pretty and i don't look like a model. i'm not "all baby" and it doesn't look like i have a basketball under my shirt.

full of burritos!
man i'm so hungry right now, but we're out of tortillas.

point is, we're really excited for babe number 4. i'm 10 weeks and i clearly have a front butt but no one said this would be pretty. in fact, i just told you what's going to happen. but we get a baby out of the deal, so it's like...whatever. eat for two or ten.

i just felt like i should warn you all.

i'm going to try and "just dance" with my wii in the mornings and see if it will help with the weight gain, but i feel like it's just going to make me more hungry. will it make me eat more?

the real question is how many eggs is too many eggs in the breakfast burrito? these and other questions may never be revealed to us on this earth.

this concludes this random, yet informational post. be inspired for your new year to do something great!

sincerely,
burritos on the brain,
sick as a dog,
but don't worry-i can still eat everything in site,

Email ThisBlogThis!Share to TwitterShare to FacebookShare to Pinterest
Labels: pregnancy, this is me