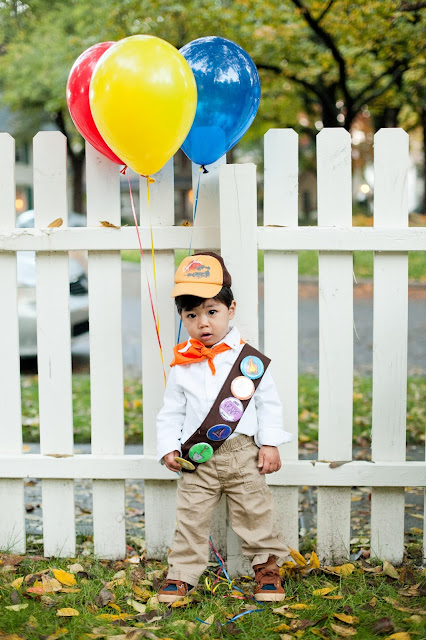 cousin isaac as russel from UP.
i want to eat his face off. so cute. 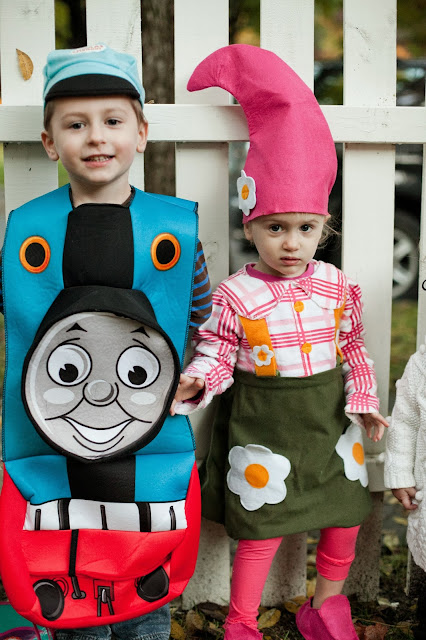 june and george as thomas and garden gnome. june is actually smiling here. 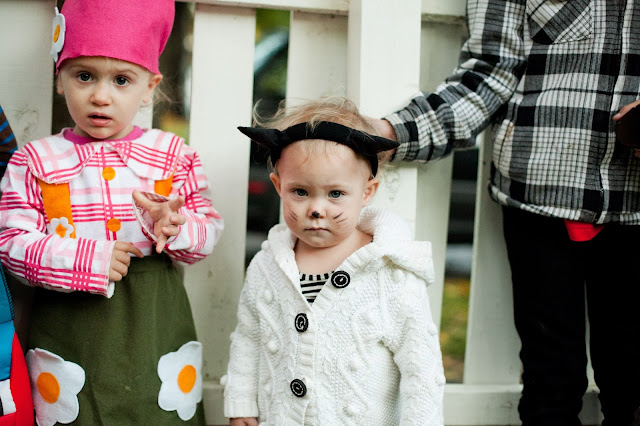 poppy as a cat. in a leotard. because, duh. you've seen the musical. and she's pretty serious about it, like all actors. 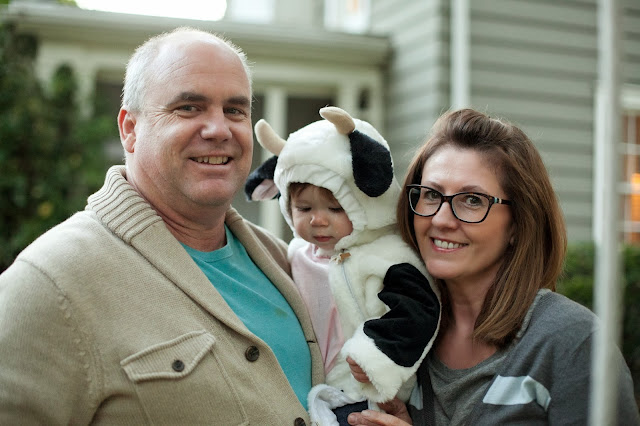 my mom and dad with mad cow. aka charlie. aka chuckles. aka i can't stop calling her chuckles, it's horrible. 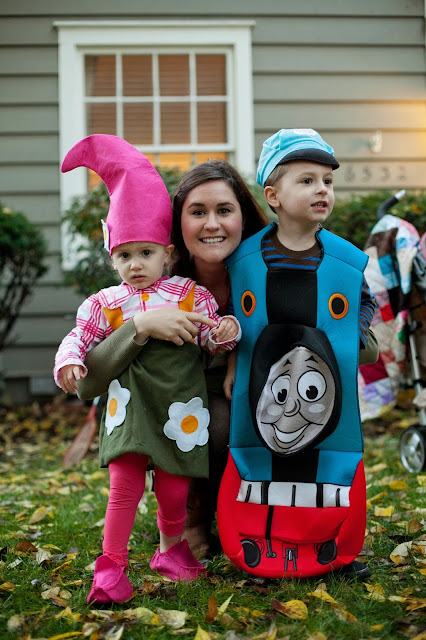 my sister audrey, hiding her pregnant belly. be proud auj, 3 under 3. only gangsters need apply. 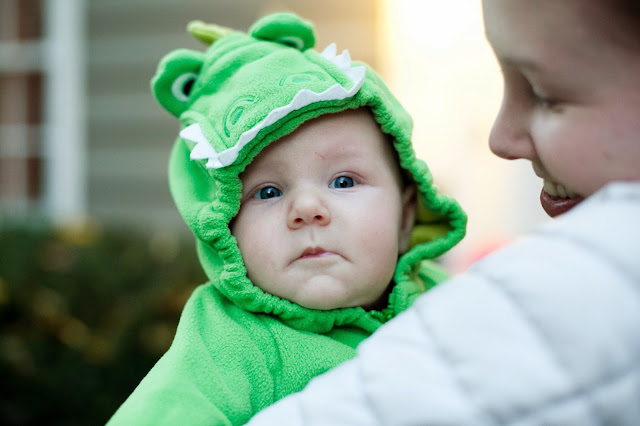 sweet benny. actually his name is ben.  and it sort of looks like erica's teeth are green but i can assure you they are actually brown. jk! your teeth are amaze. 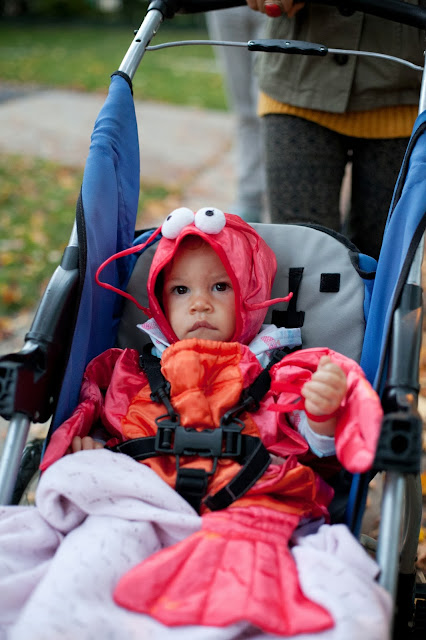 sweet vivs as sebastion. um, yes to all of this. 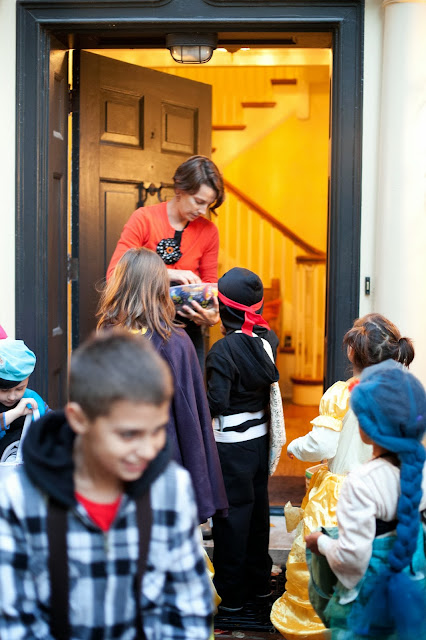 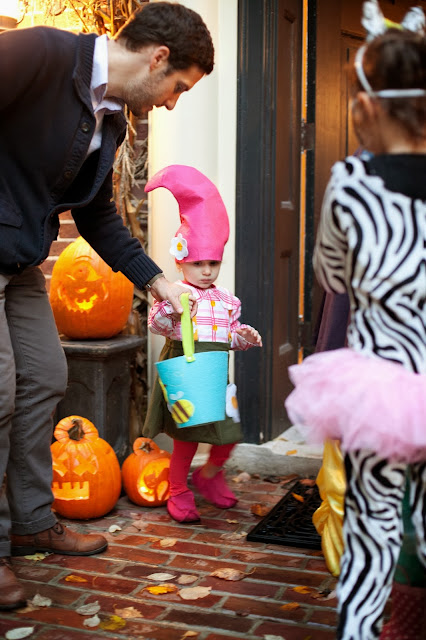 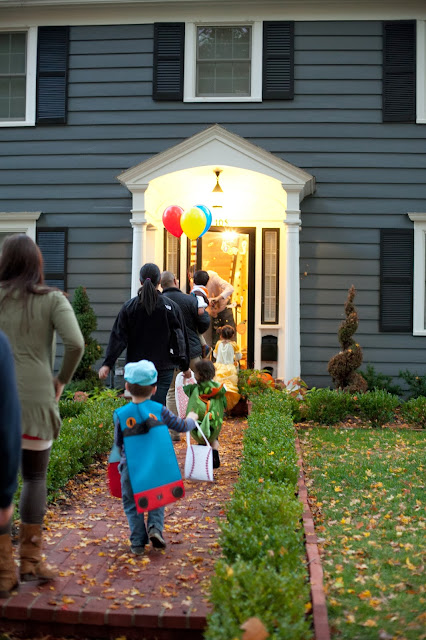 our neighborhood is crazy town. there are lines to walk in when getting candy. but anything for a snickers, right? for the kids, not me. (looking away awkwardly)
ya. that. 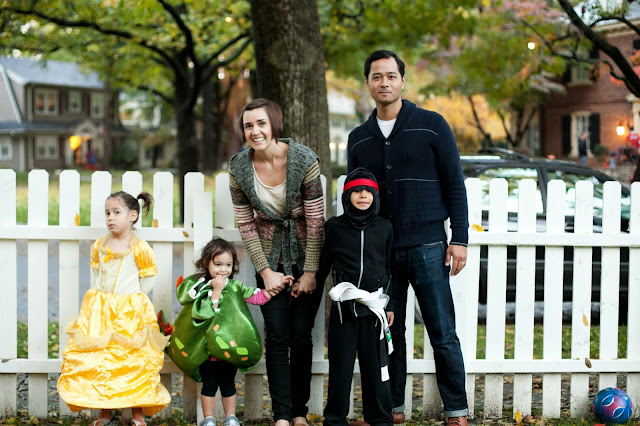 lila was a princess. she was only supposed to get this dress when she pooped in the potty but that never happened...so just cut your losses and let the good times roll! see how happy she is? 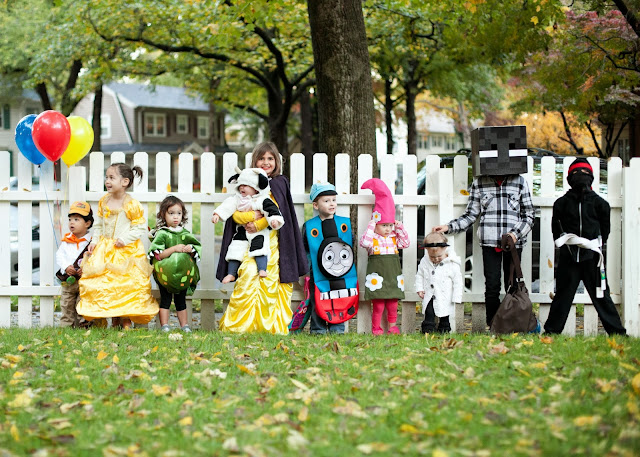 penelope was a pig earlier in the day but then changed to the dinosaur. she was basically, the third child. just do what you want. 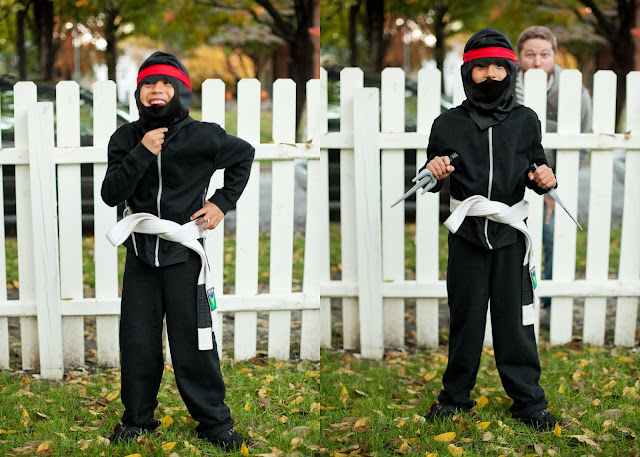 (jeff, you creeper back there)

actually, i did take a couple of layne. for one reason.

layne came home from school saying that people laughed at his costume. it wasn't the above costume...it was the oh crap it's time to go to school and we need to get some stuff from the dirty clothes and make you a ninja! costume.
which ended up being a 3 sizes too large karate jacket with no belt. because we couldn't find it.
pajama pants, because ninjas wear tight fitting clothes for jumping and kicking? but i couldn't find black pj pants, so we settled with grey. sort of not a good idea...because layne was embarrassed about them being for sleeping. so he put them over his khaki pants and people asked him if he was a karate football player. no, guys. he's a ninja. how do you not see that?
then he found out he couldn't wear a mask or bring his plastic weapons. so basically, he looked AMAZING/ nothing like a ninja/i'm a good mom!

so when he told me he got laughed at, i felt 2 things: 1) my heart was warmed. i grew up poor and that's just how it is. you jimmy rig things and it makes you have a sense of humor and helps you be grateful when you do get something new and cool.
and then i also felt bad. so i ran to target at 5pm and got him a black sweat suit. we found the belt and we had the ninja mask from the dollar store. boom. now you look the part.

you're welcome for the years of therapy to come.
Posted by Jami Nato

Email ThisBlogThis!Share to TwitterShare to FacebookShare to Pinterest
Labels: holidays