rarely do i organize things. rarely do i think about organizing things, actually. i'd rather make something or be creative in some other way. i mean,  the truth is that organization is actually super creative and takes a lot of thought and resourcefulness. but with a type A spin. which i don't really have.

all that to say, this wall has been driving me nuts because it's useless. and this bin of gluten free ingredients has also been a thorn in my side. so why not kill 2 birds with one stone, while saying to myself, you can't lean on your personality and always be a hot mess. dig deep. or something. 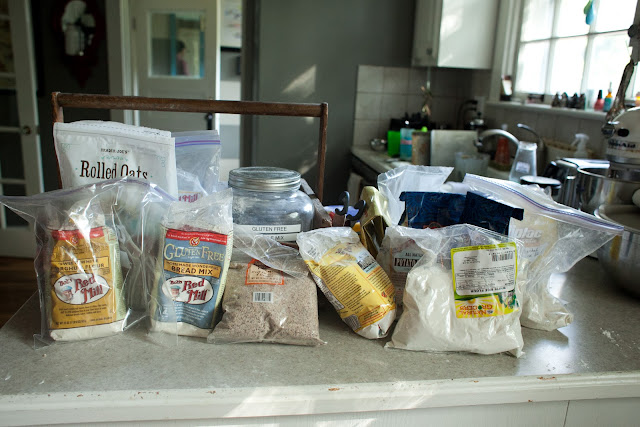 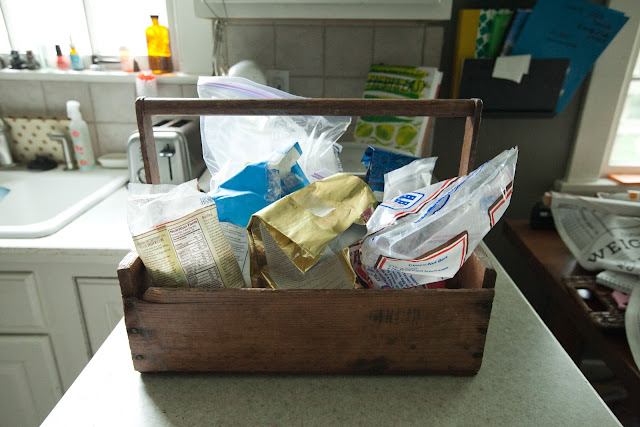 truth is, this hot mess kept buying the same things over and over again because i couldn't see what i had and what i was running out of. that's not being a good steward of anything, mkay? 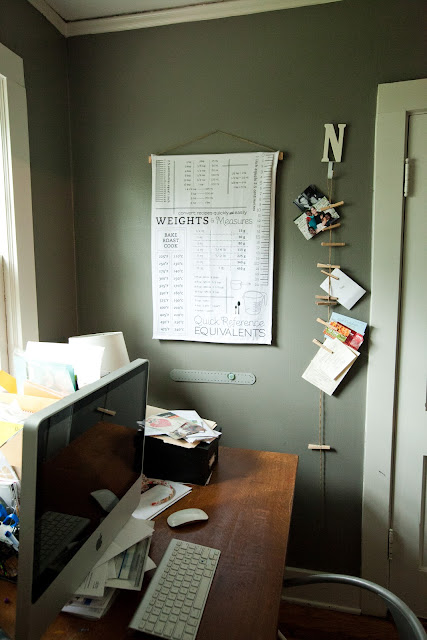 my desk is so messy, i know. one thing at a time!

i bought some glass containers. just like these that zulily is selling right now in their organized kitchen collection(look in the home section). and they are super reasonably priced and adorable! 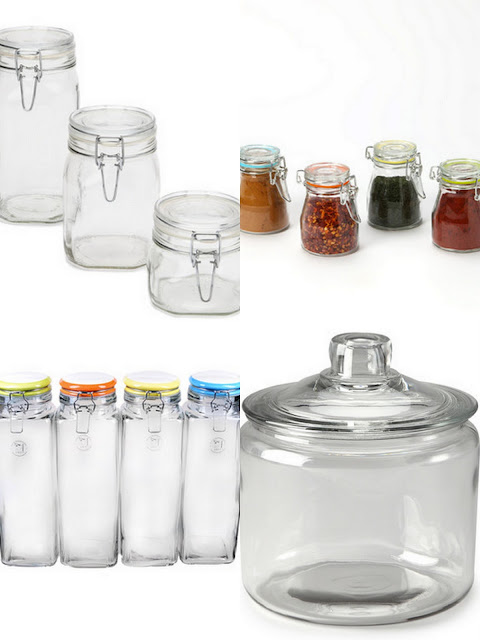 then i sent my hubs to the hardware store with a only a few directions: wooden shelves, simple brackets, will make out with you as a reward for building. 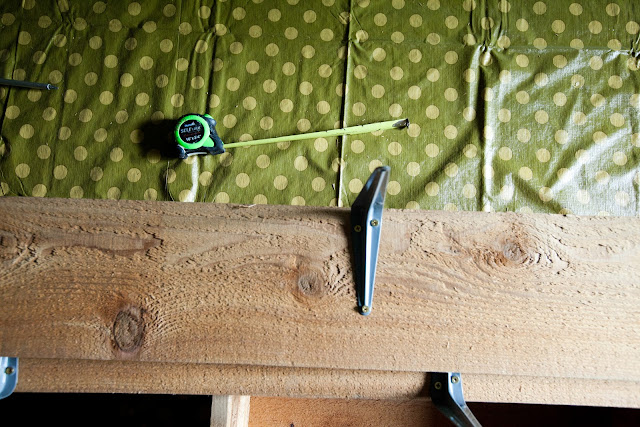 and so with a skip in his step and a promise that later did not get fulfilled because i started throwing up, he built these magical things!

i did want to paint the wall behind it white, but eventually, this kitchen will be ripped out so i didn't want to put too much effort into it. i also think the light colored flours pop against the dark grey walls. 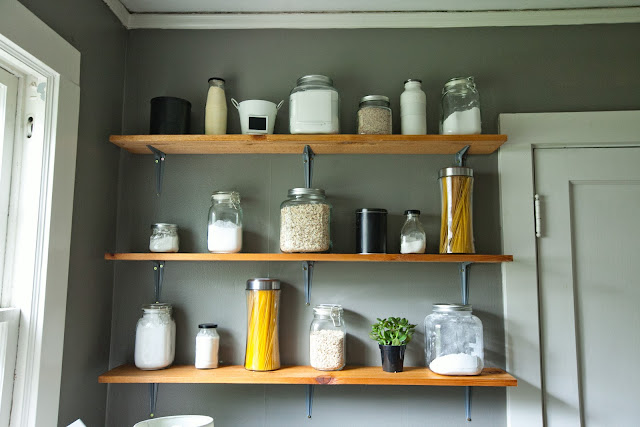 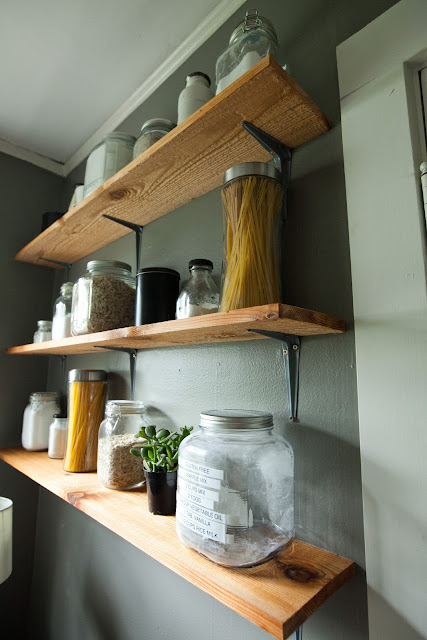 this project cost $50 in materials, not including my containers. i spent $20 for glass containers... i already owned half of them. for the ones that i owned, i wanted them to look succinct. so i stuck with glass, silver, and black or white stuff. if a lid or container didn't match, i just painted it black. every container has a label on the lid with the particular item name. 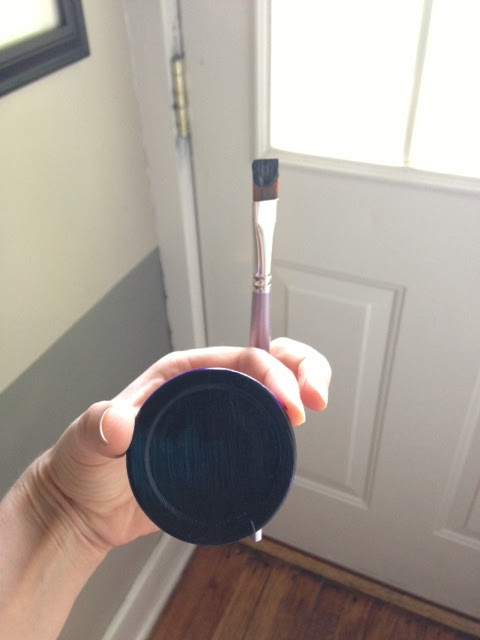 i used cedar wood, which i rubbed with olive oil to bring out a richer tone in the wood. this could be unsanitary or something, but i didn't want to go back to the hardware store and get some expensive or toxic finishing oil. the boards are 1 inch thick and 7 inches wide. the length will depend on your walls!
and we got cheap, metal brackets.
the hardware store made the cuts for us and it took 30 minutes to hang them. 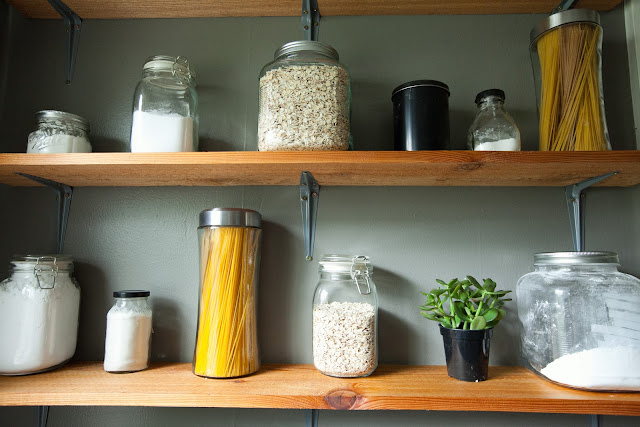 i'm so in love with this wall that i used to hate. and now it has such purpose!
such a quick and easy project with lots of impact.