the time he almost killed a man.

we were riding our banana seat bikes around the neighborhood as usual. i was with an older neighbor girl, so we went a little farther away from the house than i would go on my own. it wasn't a terrible neighborhood, but it wasn't a particularly suburban oasis where you leave your doors unlocked at night or leave your bikes in the yard after dark.

in the summers we would leave in the morning and come home for lunch, only to go back out again afterwards until dinner. flitting from the backyard, to the neighbors house, to the alley way in the back eating honey suckles, or to the gas station for a slurpee if mom said it was ok.

so on one of those summer days, as the neighbor girl and i were riding our bikes, a brown, beat-up, 4 door car approached us. we kept on riding. he rode slowly by us all the way down the street. we pedaled faster towards home and he followed us.

i remember that he was older and was very tanned from working in the sun, perhaps. and i especially remember his piercing blue eyes and the cigarette that he smoked without using his hands.

and he just kept circling the block. at one point he said something to us...i think an invitation to get into the car. but i couldn't hear very well over my panting.

that was the first time i remember feeling a very intense kind of fear. and i wanted my daddy.

we whipped around the corner and tried to lose him, stand-pedaling to gain momentum. i was slightly crying and mostly breathing hard. and i couldn't see my friend's face nor did we have any conversation about what was happening.
but her legs were moving fast and i was trying to keep up.

and then in the middle of our escape, the chain fell off my bike. i can hear it. my pedals were spinning into nowhere.

when you're a kid who grows up poor, and a bike is the only thing you can actually say is yours, leaving it on the side of the road isn't an option.
so i ran next to my bike, pushing what felt like multiple dead elephants, 2 blocks until we got home.

we sprinted into my house yelling all sorts of things. and before i knew it, my dad put us in his blue chevy car and told us to show him the car that followed us.

as if we could find it.

except a couple miles away, we did find it. parked in front of some beat up apartments.
are you sure that's the car? he asked.

and so he stopped the car and knocked on the door. and by that i mean, he almost beat down the door.

it was definitely the guy. clearly drunk...staggering out onto his walkway.

i remember sitting in the back of the car watching my dad drag him over to the car pointing at us. then punching him. then throwing him on the car. and repeating this process.

i stuck my head out the window and yelled, don't kill him, daddy! in a thick texan accent with my sweaty, red face.

he couldn't hear me.

and the neighbors were out at this point. and my dad was yelling, call the cops on this kidnapper! he tried to take these girls... more yelling...more threats...


the cops finally showed up...in a gigantic swarm, 10 cop cars and a firetruck. they also got an ass chewing for not coming fast enough. i remember him saying, what is this!? a slow night?

and after we were questioned and sent home, i fell asleep fast in my bed. my world had changed that night and my father looked different to me.

today, i wanted to say a lot of words about my dad, but i thought this story shows best the fierceness in which he has loved me. whenever i have been in any sort of trouble(even times when i didn't know it), he was ready to fight for me and protect me. 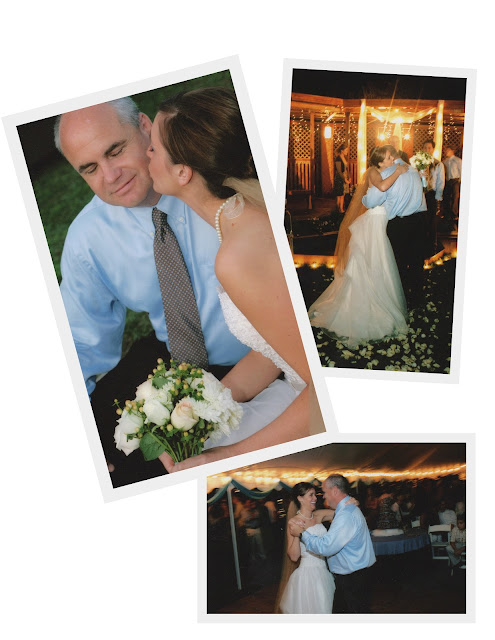 my dad has not been a perfect father, but he has been a strong protector and he has always loved me the best he knew how. sometimes that looked like almost running over a guy who tried to kidnapp me and sometimes it looked like a guy setting his guns by the door when some boy was taking me out on a date. an oh-so-subtle reminder that linus was watching. always watching.

awe.some. thank you dad. that tactic is better than guns.

regardless, i am thankful for such a strong father figure. there are not many like him. oh the things i've learned from my father. i attribute 20-30% of my funniness from him. the rest is from being ugly through my middle school and most of my high school years. a gal must have something to make people want to at least do group projects with her.

all that to say, i love you dad. thank you for being my strong protector.

Email ThisBlogThis!Share to TwitterShare to FacebookShare to Pinterest
Labels: stories about my dysfunctional family