a note from Nato: my side 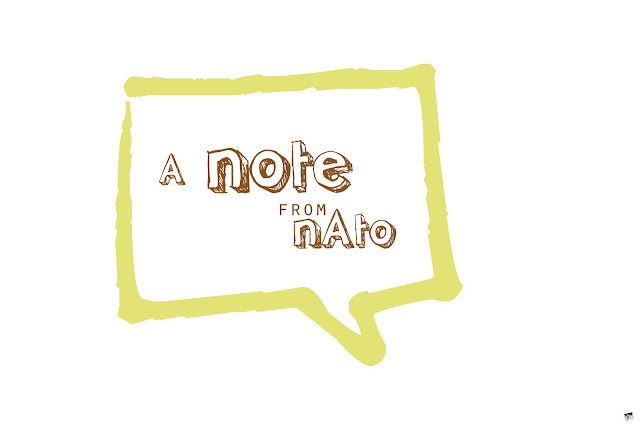 ladies and gentleman, please give a warm welcome to my husband, mark nato...guest blogger. ha.


Alright, well hello....  I'd like to start off by thanking all of you for all your comments and prayers, as well as for all the questions.  Just so you know, I really have no idea how I'm going to roll with this blogging thing, so bare with me...  It's quite foreign to me.  I probably will not be able to answer every question in 1 simple post, but I do plan to answer every question.  I do think i could answer a lot of them if I just shared my side of the story. Lots of details in here that you may or may not want to know.

Side note: despite what I’m about to share with you, we are able to say that our marriage is better now than it ever has been. So just keep that in the back of your mind as you read this.


I Became a Christian in 2001 while in college.  I believed in the Gospel, but just thought that was the entry point. You know, ask Jesus into your heart and now go out and be a good Christian.  And I did just that: I worked at Christian summer camps(Kanakuk), volunteered with youth groups, led small groups...  I basically thought I was an All-star.

(you can read about how we actually met and fell in love here or her side of the story here)
We were married in ’05.  Two weeks after that we were prego with Layne and about 2 years after he’s born we had Lila.  My wife worked on staff as a children’s ministry director, we were  leading a couples small group, active in our church community. I thought we were THE couple... That we were perfect.  But of course we weren’t.  When things would get rough in our marriage, I would turn to other things to comfort me. it was the start of lots of bad habits. I would pretend like we had worked through stuff, but I was really just running away from facing any of my problems. 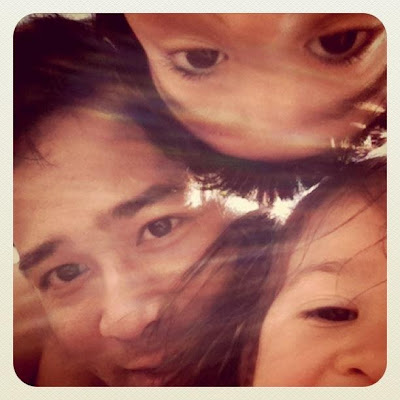 (jami says: all pictures taken by nato...he is a budding photographer)
One of the places I ran, was to the "arms" of another woman. Although no one knew it, I was becoming emotionally attached to this woman I worked with at a hospital. What started out as an emotional affair and what I thought  would never "cross that line" DID.  I thought, I’m a Christian, I’m better than that.  How did I end up having a 1 night stand with her.  I remember leaving feeling so ashamed and surprised at the darkness of my heart. So I decided to bury it and never tell anyone about this night.  I continued to bury myself in work because I’m getting a lot of “that a boys” and it feels good, plus it distracts me from thinking about what I had done. if I run hard and fast enough I’ll forget about what I not only had done to my wife and kids, but what I had done to Christ.  So obviously, as unconfessed sin often does, it created a huge gap separating me away from Christ and my bride and everything else that was important.  Of course,  I was still able to look like a good Christian.  But the reality was that that secret was rotting inside of me and killing me.

Then a year later, I meet another young lady who I exchanged numbers with.  I would often go into her place of work without my wedding ring on. My wife had no idea how messed up I was. We started texting, which lead to phone calls, then of course hanging out, then to where I’m basically dating this girl and spending more time with her than my wife. You might think Jami was stupid, but I covered it all up in my crazy work schedule…which is orthopaedic trauma. People break body parts at all hours of the night, right? I was, for all she knew,  always in surgery...or meeting with a doctor...or driving all over the state. but really, My days would consist of me waking up in the morning, going to work, come home for 20 min and say hi…fight with my wife about me being gone too much then escaping back to work or go hang out with my girlfriend.  Leaving my crying, lonely wife alone with a toddler and a newborn, while I’m out acting like a bachelor. I’d go to bed at this other woman's house, get up at about 3 am, come home, shower, get in bed with my wife for a couple hours then get up and go to work and continue that cycle. It was obvioously exhausting and really stupid. And of course, only Lasted for about 2 months. All the lies were catching up to me. 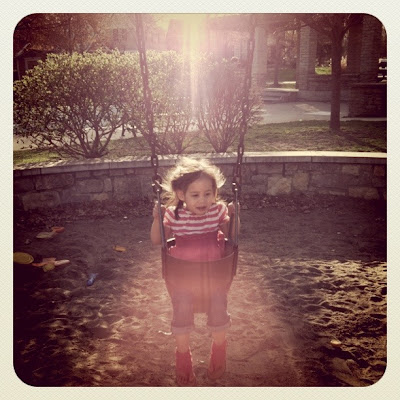 It all fell apart one day when taking a nap with my bride in the middle of the afternoon. She felt convicted to pick up my phone and look at it.   When I woke up 5 min later my phone was missing.  Before I was able to fully get out of bed, my bride came into the room with a look of defeat, she was destroyed.  And I knew exactly why.  She looked at me with tears and said, I knew it, you’re having an affair. You need to go pack your kid’s bags and say good-bye.  And so I did…not realizing how bad my world was about to be rocked.
After Jami found out about this she was at her parents for a week.  During that time our pastors were with me just about every night.  Speaking truth, loving on me, almost beating me up, and walking with me.  They kept telling me that it would be wise to confess everything and if I didn’t, it would just make things harder.  I heard them, but thought you don’t realize how jacked up I am.  I remember one of our pastors sitting at my table starting off one of our meetings saying that we’re all equally jacked up at this table.  I didn’t believe him.  So I don’t confess everything.  i wasn't ready. 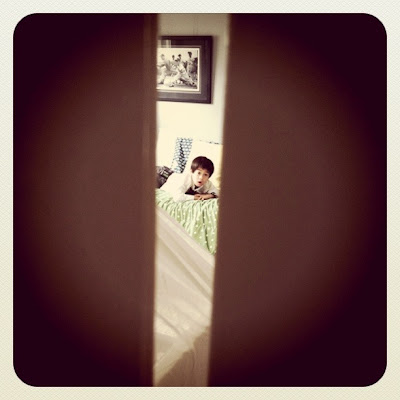 After a couple weeks of being back at home, God continued to bring things to the light and I continued to get caught in many other lies. i kept thinking that I could still hide things from Him.  Well that didn’t last long.  Jami and I eventually had to separate because more and more lies kept coming out. I was putting her through emotional distress because I couldn’t confess who I really had become.  The thing is that I was caught.  I didn’t feel convitcted and confess on my own.  I was yanked out of my sin, thankfully...but i needed time to process what I had done.


At that point, we separated. For 2 long months. Seeing all that I had chosen to give up was when I was truly broken.  When Jami saw the change, she let me back in the home. We both knew it would be difficult but I was willing to do whatever it took to make it right. So with lots of counseling, tears, confessing, hard work, time, foot rubs, JESUS, and a decision to stay committed, our marriage was able to survive. 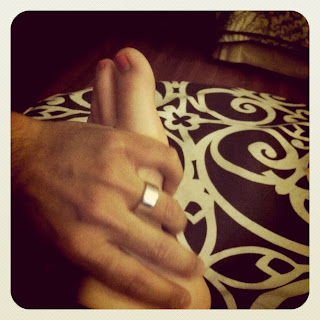 Through this painful process of having everything taken away, I was able to understand that the Gospel is not just a hurdle in the beginning:  It’s everything.  The gospel is applicable to my life 24/7.  I am jacked up beyond what I can comprehend.  The only way I’m saved is through faith and hope in the Cross.  I realized that during the time I was a “super Christian,” the reality was, that behind closed doors, I actually was occasionally looking at porn, occasionally flirting with other women, occasionally drinking too much, occasionally not being honest with my wife, and occasionally doing a ton of other crap that I let no one know about. All of my “occasional sin” became a lifestyle of sin that held me captive. The sad thing is that I had all the resources to get help at my fingertips(friends, accountability, church), but was too prideful to tell the truth and let people see my sin. That was my main hindrance...what would everyone think of me if they knew who I really was?

One of you bloggers asked what theme song I would pick for our marriage?  At first I thought, totally corny...we don't have a song. but actually, we kind of do.  it was to the song we had our first dance together at our wedding... The song that is playing right now.  Ray Lamontagne, "Forever My Friend."  Listen to the words or google the words.  We didn't know it at the time, but that song would mean a lot more years down the road.

Alright, thanks for reading.  Hope this answers some questions.  I know it didn't answer all, so I guess that means I'll have to post again...maybe in a couple weeks when I recover from being sucked into the blog world.

Nato
--------------------
jami says: hey all, side note, there is another blogger doing a series on her husbands affair over here if you are interested in this topic! another honest blogger about affairs...woo woo!

also my sis is giving away a camera strap she sewed...it's super cute. and you will love her blog because she's funny and has no filter. do it.
Posted by Jami Nato

Email ThisBlogThis!Share to TwitterShare to FacebookShare to Pinterest
Labels: marriage, this is mark