the worst day of my life.

this time last year, i think my husband and i were just getting back together after a month and a half separation. i know...what? ya, i can't believe it either. i don't want to think that this is my history that i'm writing about. after all, i should just be reading about how someone almost got a divorce and how my marriage is better than that. well i guess the truth is out: my marriage hit rock bottom last year. like, completely-divorce-worthy-rock-bottom.

my husband and i had been married for three years... we had 2 great kids, a gre 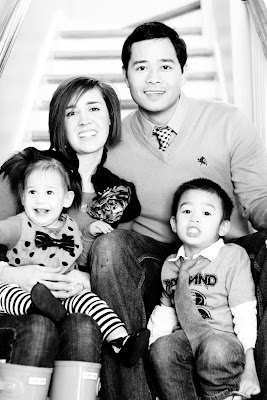 at house, great jobs. his career had just taken off and i got to stay at home with the kids. i thought we were good. we were bible study leaders, we attended a good church regularly(or as regular as it gets with a newborn). we were that christian couple sitting next to you in church that you think is doing great! and up until i found out that my husband was having an affair, i would have said we were doing ok. rough season with a newborn, but ok. husband working more(a lot more), but ok. a little disconnected to each other, but ok. just normal married people ups and downs. but in my heart, i knew something was wrong with us.

i was even using language like, i feel like your having an affair...but with your job. unless your a paranoid kind of person, when you can form words to say something like this, there IS usually something wrong. but it was such a gentle slope downward, i didn't even know we were in a pit. when i had the courage to look at his phone and see text messages that looked like they were to me (hey honey! language), but addressed to someone else, my world literally collapsed. it was an out of body experience. i was so deeply upset, but could not comprehend that this situation was happening to me. this is crap you see on tv or in movies. it's like how we sometimes cheer for infidelity in a storyline, because, look...they are so much happier with that other person--she just wasn't right for him. they weren't "happy". and we go on eating our m&m's and talking about the weather, not thinking about the devastation the act of infidelity and divorce really has on the spouse and children.

but this was my life. i had two babies that needed a daddy, and daddy was maybe "in love" with someone he met 3 months earlier.i came to the harsh reality of becoming a single mother. and to the word, D-I-V-O-R-C-E. it was excruciating and terrifying and i was alone. for the first time ever, i felt so alone. i had to turn to God to give me energy to do the most menial of tasks...chewing food, drinking water, showering, changing diapers. my relationship with God morphed into something i had never experienced. in a really good way, but through a terrible means.

a couple weeks after finding out about the affair, my husband and i had to separate because he wasn't being honest with me about himself. through some crazy events, like talking with the "other woman", there were so many things that were coming to the surface about his life and his past(not one, but two affairs? please tell me this is a bad dream) that i couldn't reconcile it with the man i had married those years earlier. he wasn't broken. he needed to feel the pain of separation from his wife and kids and community. it was so scary to see him walk out the door. i had lila on my hip and layne at my feet. it was gut-wrenching trust in the Lord and an amazing community around me that allowed me to say, go figure it out but don't drag me and your kids through your sh*t while you do.

yes i cussed and now i'm going to talk about the gospel. comedy relief, anyone?

the gospel of Jesus Christ is, in a nutshell, that we all have terrible things going on in our heart--whether we admit it or not. we miss the mark just as much as the most terrible person (that occasionally cusses)we can think of. and yet, He still loves us so much that he died for us. and forgives us. and rejoices when we come back from whatever pit we've dug ourselves into. infidelity, alcoholism, addiction, selfishness, fill in the blank. we all have crazy junk in our lives. i felt that God somehow gave me the ability to forgive my husband by holding up a mirror to my own sin and depravity. i needed God's forgiveness just as much as my husband needed God's forgiveness. what a concept.

my husband did come back by the grace of God. we did go to marriage counseling twice a week for a very long time. we did get advice to get a divorce from some well-meaning people. we did lose some friendships and we did hurt a lot---alone and together. definitely not perfect around here. but i will say that our marriage is better than it's ever been. i look at him and i don't see his sin. i mostly look at him and feel gratitude that he had the courage to come back. the courage to make a lot of changes and lead our family in the right direction. the courage to let me write about our personal life for the whole world to see. thanks babe, you're brave.

it was difficult to post this story because the thought of what others might think about us. but i don't want to keep it a secret. in fact, i am thankful that this happened to us and i don't care who knows. to know me is to know this story about me. and to know this story is to marvel at the work of Christ.

lengthy post, huh? and this is the short version! ha.
***you can read about our progress in the "marriage" tab on the side bar***

p.s.
thanks em, for giving me the nudge to post this.
Posted by Jami Nato

Email ThisBlogThis!Share to TwitterShare to FacebookShare to Pinterest
Labels: marriage, this is mark, this is me