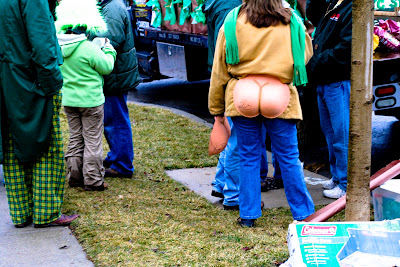 we went to a st. patty's day parade this saturday for one reason: floats line up basically in our front yard and layne was enthralled with all the bands, people with green hair, and BUN-cheeks. yes, wow. cover those eyes, buddy...this is city-living!


i was more enthralled with the "cheerleading team". at first, i thought, "hmm, those ladies are kind of bulky. and they are kind of wearing a lot of makeup." and then, as i got a little closer and heard some husky-ish( yet feminine) voices, i realized they 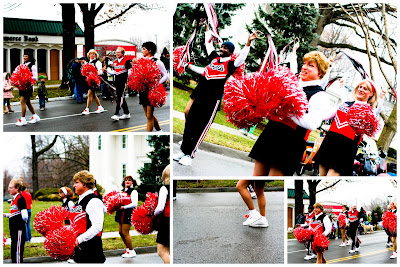 were actually MEN. i couldn't get enough of them and i'm sure they were wondering why i was taking so many pictures. listen, i'm not used to seeing this stuff...i'm from a smallish town. where i come from, cheerleaders are petite women that say, "like, ya" alot. just ask fomer cheerleaders lindsay or emily.


anyway, we also ran into my good friend, the mayor of kansas city. and by good friend, i mean, i just met him on the street and asked if i could take my picture with him (to expose my 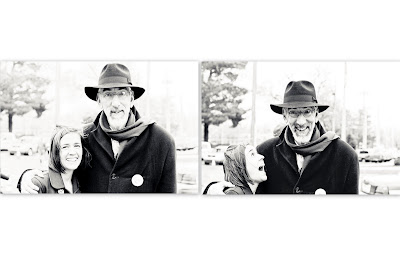 sick double chin to the internet world). mayor funkhouser is always in all kinds of trouble with the city for doing crazy things, which is why i kind of like him.


my favorite thing about the parade was the drumline step band. lots of popping and locking, as those young whipper-snapper's say. and i will mention, they had much more rhythm than the cheerleading team. surprising, i know. 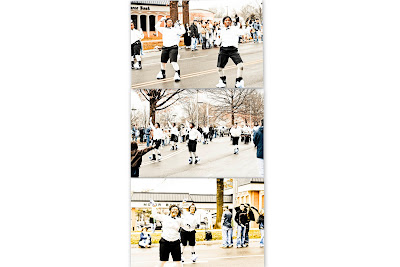 overall, a fun time was had by all. i will look forward to next year's parade...obviously for the people-watching. what i really meant to say was that i had fun because because i got to hang out with my two favorite men.

so cute, those two. 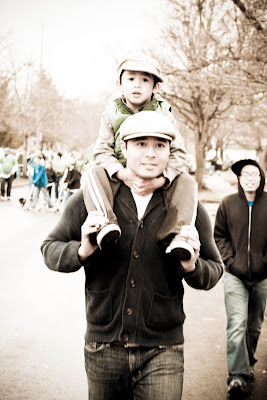