add a pinch of forgetful...

i have been accused from time to time of having early onset alzheimer's. exhibit a) last saturday i went to my nephew's birthday. 2 hours late. on purpose. i thought the party started at 1pm, not 11am. all those 1's got me confused. i was yelled at in the car by my husband for being so forgetful all the time and then i yelled back of course.-- like it's my fault that i'm forgetful. then layne yelled from the backseat, "guys, guys... you are not bein' obedient and you need to talk with sooooooooooooooftly voices." so we stopped yelling and laughed instead. 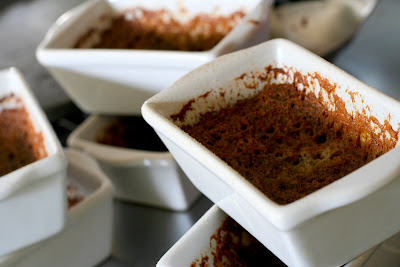 ible..LY disgusting? well, sometimes, when you forget the flour in your recipe, you get sunken-in-moon-craters. you can imagine my surprise when the timer went off and i saw these monstrosities in the oven. i used expensive ingredients too, such as organic butter and eggs...so i was ticked.

you think you're gonna bring me down, moon crater breads? oh that's weird, because i may forget things...but i won't forget to scoop you down into the disposal, you bee-otches.

so i made another batch. immediately. as if to pretend i didn't make the previous batch and also to pretend that i did not have a snarky conversation with them. here these beauties are...complete with flour, ladies and ge 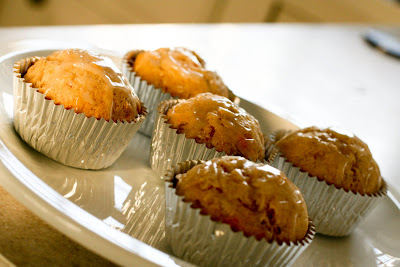 nts. AND a lemon glaze. TO. DIE. FOR. there is no oil in these bad boys and i think the flavor is so much better than the typical BB recipe. these also contain yogurt for a moisture boost.

oh you want the recipe? ok, i guess.

while they are cooking, make lemon glaze.

1 cup powder sugar, juice of half a lemon, milk. add milk tbsp by tbsp, as you want the glaze thick. drizzle on the bread when it's just out of the oven.

*makes 2 loafs or lots of cupcakes. (recipe from katie cawley) 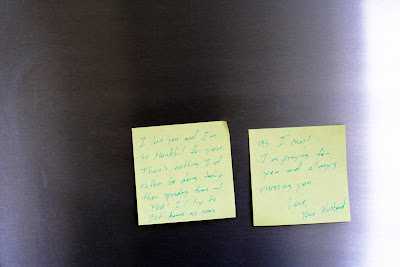 then eat 1 (or 5) while you sit back and enjoy a love note your husband wrote on the fridge. he is going to kill me for posting this. but isn't it cute?

Email ThisBlogThis!Share to TwitterShare to FacebookShare to Pinterest
Labels: layne, recipes, this is mark, this is me