i haven't posted about this little man in a while. so here is his update: 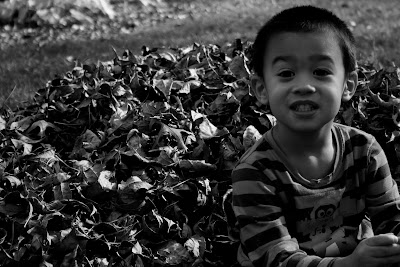 as you all know from a certain previous post, layne hated school. like, peed-on-himself-everyday kind of hatred. well now, after many a cinnamon sugar bagel bribe, he's a blooming preschooler with a happy heart. that doesn't mean he stays out of tomfoolery of all sorts. for instance, a couple weeks ago he stuck a berry up his nose and the teachers couldn't get it out. this can be dangerous...unless you're a filipino nose berry master.

the teacher's tried everything to get the berry out. and right before they were about to call me (wouldn't be the first phone call from preschool), they asked him if he needed anything. he said, "just a drink of 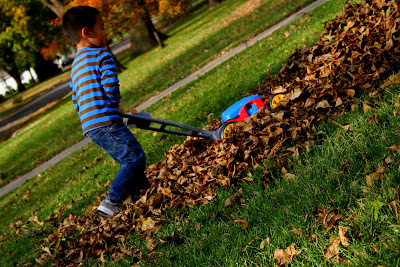 water, thank you." he took a sip and then, with ONE hefty blast of nostril glory, shot it out of his nose.

he told me the story of how he got the berry out over and over again... with such pride and surprise. like it was an awesome accomplishment. i'll give it to him, it was. he saved me from taking him to the doctor and spending $100 on the removal. i raise my (juice) glass to you, layne nato.

a couple weeks before that, he and his buddy told the teacher they were cousins. mind you, these are three-year-olds pulling this stuff. when i came to pick him up they asked me if layne had a cousin in the other class. i wanted to say, "is the kid brown? then no. not related." i foresee more shenanigan's from these two "cousins" in the very near future. 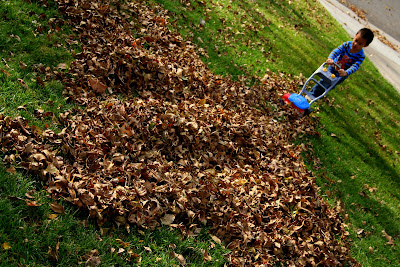 anyway, one great thing about layne is that he mows the leaves for us( i.e. spreads the pile of raked leaves all over the yard with his fake lawnmower). back in the olden days, children were used as little employees. although i think that concept is a touch outdated, i rather enjoy the thought of layne with a real lawn mower doing real chores. when he's older. like five at least.

ok, and if you read this far you shall be rewarded with knowing the future. in my next post i'm giving away some vinyl wall art from CSNbaby.com -- they have some really fun room decor and some super cute crib bedding if you're in the market for that sort of thing. so stay alert...you will want this 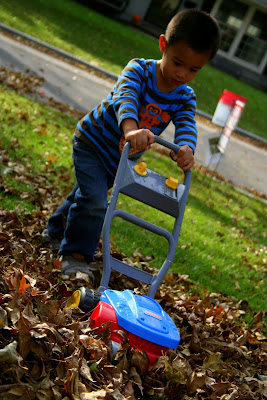 prize whether you have babies or not!

Email ThisBlogThis!Share to TwitterShare to FacebookShare to Pinterest
Labels: layne