it's only been four years.

FOUR years ago, this very day, mark nato and jami baker got married. i was a children's ministry director for a church and nato was a nurse at KUmed--we both volunteered for K-life where we met first. he thought i was too loud and laughed at everything(i mean, is that such a crime?). i thought he was mr. spoiled, cool guy. eventually he became obsessed with me, uh-hmmm, and we dated, got engaged, and married 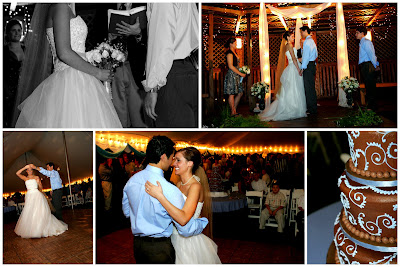 within 6 months. for reals? ya, for reals. and two friggin' weeks after our ceremony, i got knocked up with our first papoose, Layne. eighteen months after we had layne, i got preggers with lila. bladow.

whirlwind? heck ya. the best thing that ever happened to me? heck ya double. the worst thing that ever happend to me? um, yes. it sounds harsh, but the truth is, we almost didn't make it to four years. i'm not ready to blog about exactly why, but a lot of you already know the craziness and heartache that this year has brought our marriage. it is by the grace of God and our faith in Christ that we are happier than ever and fully committed to each other.

sometimes, as the years go by, it is difficult to look at your spouse with the same intensity of love and general infatuation that you did when you first met... we all know that. we start to focus on things that aren't that big of a deal, like, how your husband pees with the bathroom door open when guests are over. wait, is that just nato? what is a big deal is death. what is a big deal is infidelity. what is a big deal is a life threatening illness. what is a big deal being a single mom or single dad and doing life by yourself. there are so many more "big deals" than your husband or wife leaving thier clothes all over the floor or him/her having a late day at work while you deal with the children. 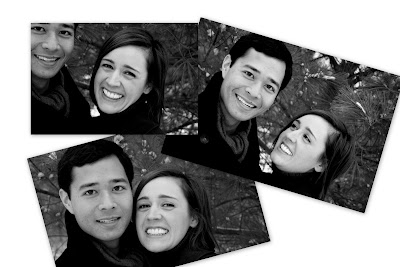 all that to say, i don't really do serious posts all that often. or ever. but i felt like i needed to encourage others, as well as myself, to love our spouses the way Christ generously loves us. we have to choose to live in forgiveness rather than nit-picking at all the faults we see in that person we married. we have to choose to love that person even when they are hard to love sometimes. because if we are honest with ourselves, they do the same thing for us. plus, we aren't entitled to the gift of marriage or children. those are blessings given regardless of our deserving them.

i love mark nato and am thankful for him as a husband and father. he is a filipino treasure, for sure. thanks for sticking it out with me for 4 years. here's to another 96.

Email ThisBlogThis!Share to TwitterShare to FacebookShare to Pinterest
Labels: marriage, this is mark, this is me