what a fun 3rd birthday for Layne Nato. I mean, he didn't say that, he actually said the opposite today when we were on a walk. i thought i'd debrief about the festivities so i asked layne over-excitedly,

"did you have a fun football happy birthday party or what?!"

and he said, matter-of-factly, "not really, mommy."

seriously, he said that to me. shwhat? i made a freaking football cake for you. i mean, look at the pictures people...sure, it does look a touch like a hairy football-butt-crack-thing, but surely to a 3 year old it could pass for a cake decorated as a football trophy, couldn't it? 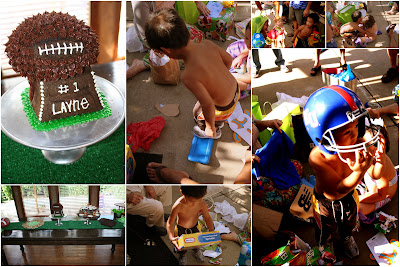 i don't know, i just want to be like, "buddy, this is the last football themed party i throw for you!" but, i don't know...it just seems like that would crush his little spirit and it's actually probably true. we only do a theme around here once. whatever, i really threw the party for myself anyway so i wouldn't have to buy him age-appropriate toys and shoes that fit him. so there, layne! ha! i win! 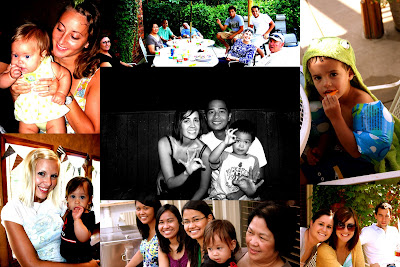 thanks everyone for all the fun stuff. this week we are giving away one toy for every new toy he received. i told him that we will give them away to the needy trash men.

and can i just comment on this last picture. my brother did a nerdy magic trick where he turned 3 quarters into 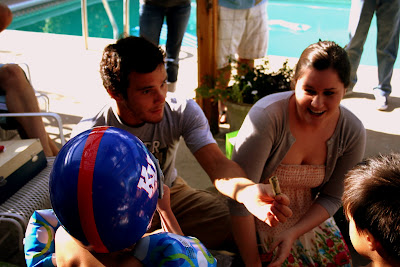 a $5 bill. my sister audrey was more amazed with the trick than layne was. it has made me laugh several times to see how into it she is. and i know, she's just acting really excited because kids are there (i think), but i caught it on camera so i have to make fun of her. she loves it when i do that.